Dead and Company Setlists: 5 of the Best So Far 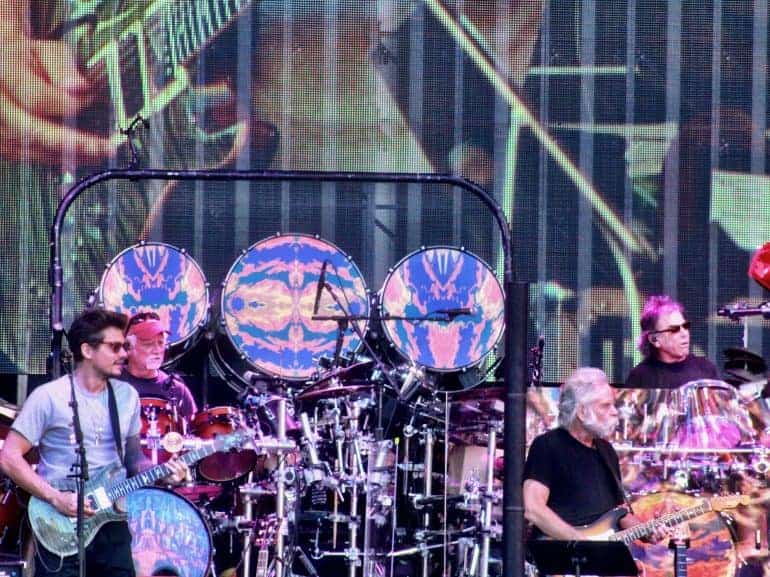 It’s hard to describe a Dead and Company show for anyone that has never experienced one before. So we’ve compiled a list of some of the best Dead and Company setlists to give you a taste of the magic. Hopefully, these will give you the much-needed push to go and open your mind to a full-day affair.

Sadly, we are of the generation that never got to witness the Grateful Dead and the late great Jerry Garcia. But with the support of original members Bob Weir, Mickey Hart, and Bill Kreutzmann, we believe John Mayer does a great job of filling in the void of an unreplaceable legend.

Not to forget the help from talented American multi-instrumentalist and Allman Brothers’ bassist Oteil Burbridge and long-time keyboardist Jeff Chimenti.

Since the beginning of the project in the fall of 2015, Dead and Co have now played well over 100 shows and over 80 different songs.

Starting at number one spot with what we believe as one of the best Dead and Company setlists so far, here goes this ambitious task…

A mind-blowing Dead and Company setlist from start to finish. This was the first time they have ever opened with “Playing in the Band.”

Overall amazing show and one of my personal favorite Dead and Company setlists. “Eyes of The World” set 2 opener is something else. This has come to be known for the show that Oteil Burbridge was tripping on Owsley (LSD).

“Another thing that impacted me tremendously was the one night I did some Owsley [LSD] at the Gorge. Listen to how different that night sounds, because that music and Owsley go together and I found that out.”

Another one of the many solid Dead and Company setlists. We especially like how they teased Scar > Fire but played “Shakedown Street” instead. Pranksters!

Really love this version of “Knockin’ On Heavens Door” in set 2, John Mayer’s solo is simply incredible (around the 1:37:00 mark).

“Iko Iko” is always a favorite of ours.

We’ve read mixed reviews about this show but set 2 is special! Especially with Oteil singing “If I Had The World To Give,” read what Gary Lambert had to say about it below.

“If you had to rank the most undeservedly obscure items in the Grateful Dead songbook, there would have to be a place high on the list for this lovely Garcia-Hunter collaboration.”