Grateful Dead Touch Of Grey: The Story Behind 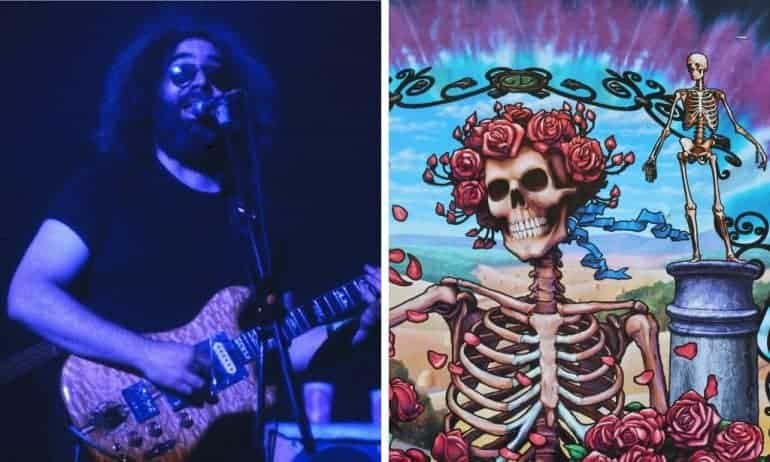 On May 9th in 1987, the Grateful Dead’s “Touch Of Grey” music video was filmed. After their concert at Laguna Seca Raceway, fans were readmitted for the making of the video. They watched the band perform the song normally and then portrayed as skeletons. The two clips were later combined to create the Dead’s first-ever music video.

The video shows the band members as skeletons performing and playing while gradually transforming into their normal looking selves as the song progresses. By 1987, members of the Dead had been performing together for over two decades. Therefore, the skeletons may have seemingly represented a witty portrayal of their growing age.

Skeleton imagery had been associated with the Grateful Dead much prior to the release of “Touch Of Grey” however. Stanley Mouse and Alton Kelley had designed the iconic “Skeleton and Roses” Avalon Ballroom concert poster in 1966, which features in the “Touch of Grey” video below.

On June 19th in 1987, the “Touch Of Grey” music video was premiered on MTV. The song went on to become the Dead’s first hit single, largely attributed to its heavy rotation on MTV. Crazy as the Grateful Dead never set out to be played on the radio or let alone TV. They had not needed to as a result of their tribal following who flocked to their shows in the tens of thousands.

Many Deadheads found it bizarre seeing them on MTV and hearing them on pop radio. The release of “Touch Of Grey” consequently exposed the band to a much wider audience. There was slight resentment towards this new group of fans, however, who essentially jumped on the bandwagon.

Some even refer to the new fans as “Touchheads.” Interestingly, two years after the release of “Touch Of Grey,” the Dead were attracting the third largest crowds at live concerts globally. Suggesting that many of the “Touchheads” stuck around.

The famous line from the song, “I will get by, I will survive” soon became a mantra of tenacity amongst the Dead fans. At the band’s first show after Jerry Garcia returned from falling into a coma, they opened with “Touch Of Grey,” symbolic of theirs and his resilience.