Is Stevie Nicks A Witch? The Rumor Uncovered 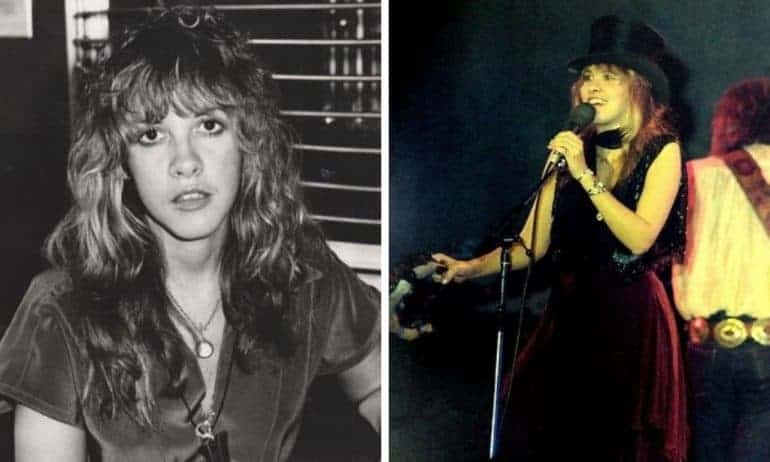 The Stevie Nicks witch rumor has followed her since joining Fleetwood Mac in 1975.

Despite this rumor having little truth, she has definitely contributed to the modern witch aesthetic and fuelled the fire with some mythical songs. As well as help turn Fleetwood Mac into one of the most successful bands in pop history.

In a 1997 interview, Nicks stated, “Twenty years ago I sat down and decided that I would create a really wonderful image, an unforgettable image. And now I’m kind of stuck with it. It’s like when I don’t wear my fringy, gypsy stuff, people kind of look at me like, what’s wrong?”

Whether intended or not, the witchy, boho, gypsy, moonchild image Nicks created for herself stuck, and it does not look like it’s going anywhere anytime soon.

If her clothes, jewelry, and other accessories do not already establish her image, nicknames like gold dust woman, sister of the moon, or the white witch definitely do.

Stevie Nicks has made many wonderful songs with Fleetwood Mac, but these are her witchiest ones yet.

Often times before performing “Rhiannon,” Nicks would say, “This song is about an old Welsh witch.”

Supposedly Nicks had read a novel called Triad, which references a medieval Welsh character named Rhiannon. Apparently, this inspired Nicks to write one of Fleetwood Mac’s most memorable tracks.

The giant yellow moon appearing on the backdrop and the amount of emotion and feel in Stevie’s performances of “Rhiannon” never fail to give me the chills.

The theatrical and mythical nature of the track grew in potency over time, with the band’s drummer and co-founder Mick Fleetwood comparing her live performances of “Rhiannon” to an “exorcism.”

In the performance above, you’ll see what is, in my opinion, the best portrayal of Stevie Nicks’ witch alter ego.

“Gold Dust Woman” has a haunting and mysterious feel to it.

It makes you want to put on a black chiffon shawl and dance in the dark. Despite what you might think, “Gold Dust” refers to cocaine and the song is not about a witch.

According to Nicks, “‘Gold Dust Woman’ was really my kind of symbolic look at somebody going through a bad relationship and doing a lot of drugs, and trying to just make it, trying to live, you know trying to get through it to the next thing.”

The third song with a masterfully spooky and similar sound to the two mentioned before is “Sisters Of The Moon.”

This song is featured on Fleetwood Mac’s 12th studio album, Tusk. The lyrics are dark and melancholy.

Nicks writes about feeling alone, despite being surrounded by her many fans and bandmates. My favorite part of the above video is when she yells and raises her hand at 5:49 and the audience all rise to their feet. Contributing to the grander magical allusion.

So … Is Stevie Nicks a Witch?

Despite the lack of truth behind the Stevie Nicks witch rumors, her long hair and flowing black dresses along with the above songs portrayed an image of mythical and haunting beauty. Which has left us with a legacy of music we will never tire of listening to.

In a Yahoo! interview on April 28, 1998, when discussing the Stevie Nicks witch rumor, she said, “I have no idea what precipitated those rumors… I am not a witch. Get a life!”

Sadly, the Stevie Nicks witch rumor began to play a negative part in her life.

In a 1983 Entertainment Tonight interview, she said, “I spent thousands of dollars on beautiful black clothes and had to stop wearing them for a long time because a lot of people scared me. And that’s really unfair to me, I think, for other people to conjure up their ideas of what I am or what I believe in.”