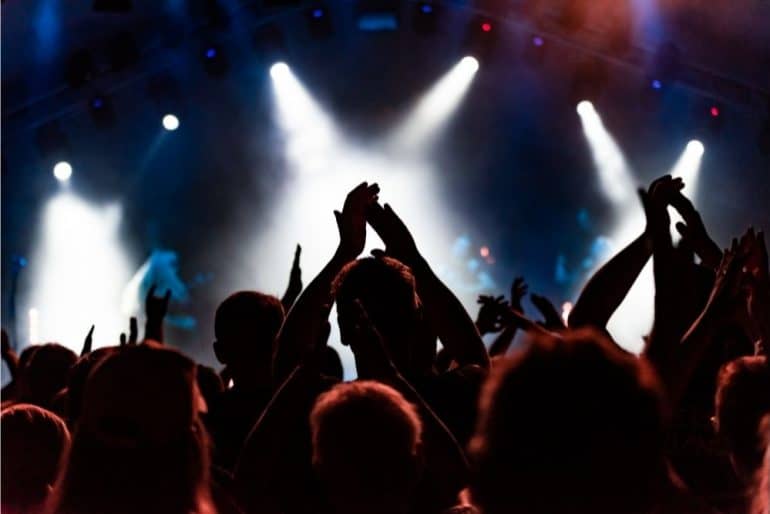 Some songs are just like tattoos for your brain… You hear them, and they’re affixed to you

Carlos Humberto Santana Barragan was born to play the blues. By the time he was five he was an accomplished violinist and under the tutelage of his father, who was a respected and talented mariachi musician in their hometown of Jalisco, three years later, Carlos began to show a rare talent for the guitar.

But it wasn’t until he fell under the thrall of Richie Valens, BB King, and John Lee Hooker that his gift really began to manifest, and when his family finally moved to and settled in San Francisco, a world of musical experimentation and exploration opened its arms to Carlos Santana, and he willingly fell into them.

If You’re Going To San Francisco

In nineteen sixty-six, having discovered his purpose in life as his adopted city began to sway to the psychedelic beat of flower power, Carlos rejected the stifling expectation of the blue-collar world that he’d been born into, and elected to become a full-time musician.

Even in San Francisco, a mecca for musicians from all over the world, it wasn’t long before the Santana Blues Band and their frantic, individual fusion of Latin Jazz, Blues, Salsa, Rock and Roll, and African rhythms forged a fearsome reputation for improvisation and energetic, sweat fueled live performances that blew the minds of anyone lucky enough to witness them, brought the band to the attention of Columbia Records, who promptly signed the band to a multi-album deal in nineteen sixty-eight.

After a year of underwhelming national success, the now newly named Santana finally recorded and released their self-titled debut album, just as they landed the biggest gig of their fledgling career.

Having been a fan since he bore witness to the incredible power of their incendiary live shows in the Bay Area, Bill Graham who was a force to be reckoned with among rock and roll promoters, booked the relatively unknown band to play a festival in upper New York state called Woodstock.

And, on August 16th, 1969, shortly after dropping acid because, as legend has it, the running times were a little confusing and they weren’t supposed to play until much later in the day, Santana took to the stage. It was a day that changed Carlos Santana and his band’s lives forever.

After locking into the jaw-dropping groove of Soul Sacrifice and dazzling the audience with the sheer magnetism and raw, unflinching beauty of Black Magic Woman, the band retreated backstage content in the knowledge that they might have made a few more fans.

Little did they suspect what lay in wait for them, and even if they had, led by their formidable musical protege, they would have gladly accepted their fate.

After all, who doesn’t want to be a rock star? Having become the poster boys, thanks in no small part to their mesmerizing set, for the film of Woodstock, Santana scored their second US top ten hit with the release of Black Magic Woman and started a fifty-year journey that shows no sign of slowing down or stopping anytime soon.

The faces behind the leader of the band, including Neal Schon from the band Journey, may have come and gone since they initially exploded into the mainstream musical consciousness, but the vision of the man responsible for crafting their music has remained unchanged.

A man of few words who prefers to let his music speak for him, Carlos Santana has never deviated from his path and has always played from his heart, drawn inspiration from the demons that have driven him the unblemished power of his belief in the fusion and eclecticism of the musical path that chose to travel down more than five decades ago.

Having been voted the twentieth greatest guitarist of all time by Rolling Stone Magazine in two thousand and fifteen, with a  new world tour in the works, and with his seventy-fourth birthday looming large on the horizon, we thought it was the right time to celebrate fifty years of Santana,  by choosing the ten songs that have defined and continue to define the legacy of a man who was born to play the blues the only way he knows how. His way.

Never one to bend or buckle to the convention of what was expected of him, Maria Maria exposed Santana to a whole new audience of fans when it was released in nineteen ninety-nine and smashed its way straight to the number one spot, where it remained unchallenged for more than ten weeks.

And in two thousand and eight, Billboard named Maria Maria as one of the hundred greatest songs of all time. At fifty-two years of age, Carlos became more famous and lauded than he had ever been, and the award was a testament to the creative ability of the softly spoken guitarist from Jalisco, Mexico.

Everybody’s Everything was the first single to be released from Satana’s third album, which is commonly known as Santana III but took on the mantle Man With An Outstretched Hand among fans who referred to it by its alternative title after drawing inspiration from the record’s artwork.

The single continued to prove that America was still in love with Santana, as it hurtled to the number twelve spot in the Billboard Hit One Hundred despite its nonconformist approach to songwriting.

The second single taken from III, No One To Depend On spent nine weeks in the Billboard Top One Hundred, despite the fact that the vocals don’t kick in until nearly sixty seconds after the song begins.

The main riff that drives the song is loosely based on Spanish Greece that was first recorded by Willie Bobo in nineteen sixty-five, and while Willie might have recorded it first, Carlos, with No One… proved that he could always do it better.

The song that brought Satana to the attention of the flower power movement in the US, and despite the mythology that surrounds the reason why they were booked to play Woodstock and their subsequent performance, the reason they were really there was because America had fallen in love with Santana’s Evil Ways.

The song that proved that Santana wasn’t a one-hit-wonder, following the release of the Woodstock film, Black Magic Woman, taken from the band’s debut album, reached the US top five and was the band’s biggest hit for nearly thirty years.

Taken from the album Abraxas, Samba Pa Ti didn’t chart in the US but found the band a new legion of fans across the pond in the UK.  Inspired by a lazy afternoon in New York, Samba is still part of the band’s live set and allows the musicians to improvise around Carlos’ breathtaking riffing.

Voted one of the five hundred best songs of all time by Rolling Stone, She’s Not There was originally a global hit for the Zombies in nineteen sixty-four, but in the hands of Santana, it took on a haunting, ethereal beauty that walks hand in hand with the urgency and heartfelt, loneliness of the chorus.

Written by Tito Puente, Santana made Oye Como Va famous when their version of it sailed into the Billboard Top One Hundred in nineteen seventy-one and reached number thirteen.

A Latin anthem, it’s become one of Santana’s most instantly recognizable and well-loved songs, and effortlessly demonstrates why Carlos Santana is regarded as being one of the world’s greatest guitarists.

Smooth proves that it’s never over until Carlos says it is, and when the mainstream music world had all but forgotten about Carlos, he turned the dial up to eleven and returned to the fold with the bands first global megahit that stormed to the top of the US charts in nineteen ninety-nine.

If Smooth is Santana’s second greatest moment, the only song in his, and his band’s incredible arsenal to better it is the tune that put them on the global map and pushed them to the forefront of the Woodstock generation.

Soul Sacrifice is a high-energy collision of all of Santana’s musical inspirations and influences and demonstrates why the band developed its formidable live reputation. They were, and are a musical force of nature and a whirlwind of creative, unstoppable energy.

Carlos Santana helped to shape and define the sound of a decade that changed the world and continues to challenge the ingrained perceptions and ideas of what rock and roll can, and should be.

Do you agree with our list of this guitar-slinging genius’s top ten songs? Leave us a comment and let us know…