The Avoidable Death Of Karen Carpenter And What It Taught Us 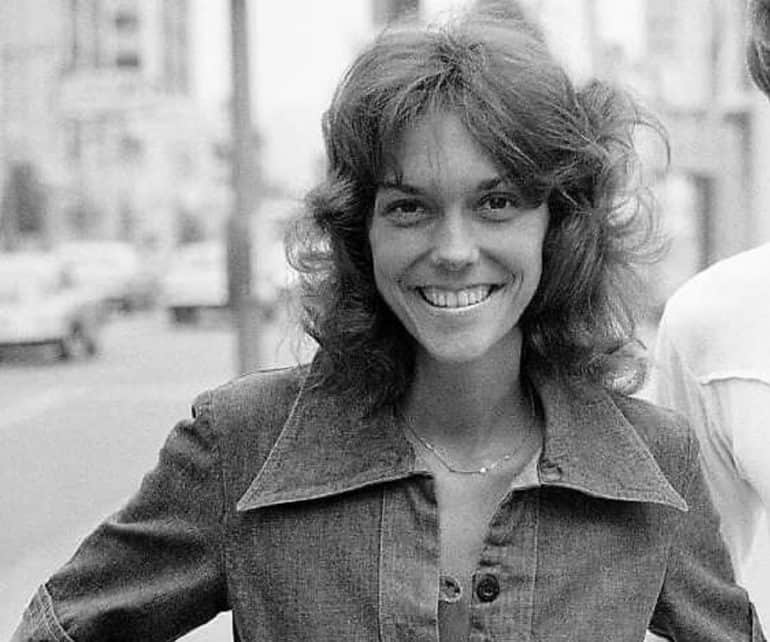 She was the one people watched.

Rock and Roll Heaven is full of stars that shone too brightly and burnt out too soon. This is never more true than with Karen Carpenter.

The tragic death of Karen Carpenter resonated through all corners of society and highlighted issues with gender discrimination in the music industry at the time, as well as other issues that have come into focus again in recent years.

She was regarded as having one of the most gentle comforting voices in all of country music, and her popularity helped to shine a light on the circumstances that led to her death and how they could have possibly been avoided.

Karen’s career got a start in a rather unconventional way at the time, highlighting her special talent as a musical mind but also her grievances with her physical condition. Karen joined band class while in school to avoid gym class but while there, she found that she had a natural aptitude for drumming.

Within a year of picking up the drumsticks, she could play complex jazz in complicated time signatures such as Cave Brubeck’s ‘Take Five’. Her brother and partner, Richard, said

she could speedily maneuver the sticks as if she had been born in a drum factory.

Karen originally started in an all-female three-piece band from school, but they broke up when Karen tried to get her brother Richard involved in the band. She then played drums with her brother as the Dick Carpenter Trio. They played jazz clubs often, but Karen never sang during their songs.

In ‘67 she and Richard formed a group known as Spectrum but failed to break the status quo of psychedelic rock that was popular at the time.

The Carpenters Are Born

By 1969, The Carpenters were finally a duo, signing a contract with A&M Records. Karen soon found herself pulled in two directions, as both her vocals and drumming skills were far beyond what was expected of such an unassuming character.

The success of the carpenters even reached the White House.

Karen often played the drums and sang behind them, while her brother wrote most of the songs and helped out with backing vocals.

‘All I Can Do’ from their album Ticket To Ride truly demonstrates Karen’s skills as both a singer and drummer. The drums remain in a 5/4 time, a very hard time signature to drum to, while she sings perfectly over the top of the record. Karen even plays bass on the album.

While Karen’s talent was larger than life, her physical stature was small at only 5’4”. So playing the drums while singing was an issue as no one could see her.

The music industry being the way that it is, they wanted the beautiful Karen at the front singing, rather than being hidden by her drum kit, no matter how good she was at them.

She was eventually convinced to let someone else play drums while she used her impressive voice to wow the audience. While Karen considered herself “a drummer who sang”, manager Sherwin Bash, who convinced her to switch, found “she was the one people watched.”

While Karen’s drumming skills were still displayed in her touring live shows, often moving around the stage onto different drums for different songs while singing solely on others, she admitted to being happier behind the drums and being the center of the stage made her less comfortable.

The Beginnings Of Her Health Problems

Karen’s development of an eating disorder and body dysmorphia seems to have developed in high school when she started dieting under the poor advice from a doctor. Despite often worrying about her weight, she remained around 120 pounds until 1973 which, while on the lighter side than necessary, was still healthy.

Although in 1973, as documented by her biographer, she saw a photo of herself in concert, while singing, and thought she looked ‘heavy’. As a result, she hired a personal trainer who gave her nutritional advice, but this ended up making her build muscle which she felt made her also ‘heavy’.

By 1975, as a result of over-exercise, a new diet, and misuse of prescribed drugs, Karen was 90 pounds, a very unhealthy weight for a 5” 4 woman of her age.

Fans, who were less educated about eating disorders during that period, commented on her weight at performances, and in a 1981 Nationwide appearance she claimed this was because she was “pooped”.

Ignoring Offers To Help And Going It Solo

By 1975 Richard Carpenter himself was addicted to Quaaludes which often led to canceled tour dates and ultimately resulted in him needing professional treatment.

The Carpenters had stopped touring by 1978.

Karen continued on her own for a while and as her brother gained a hold of his vices, he tried to help Karen with her health but struggled to reach through to her, as did their parents.

Karen herself didn’t seem to want to admit to her problem, often denying any allegations of an eating disorder, and pursued a solo album with famed producer Phil Ramone

While working on the album, Ramone offered her several songs which she turned down, such as ‘Rock With You’ and ‘Off The Wall’. These songs were destined to become hits with the great Michael Jackson, who would of course go on to be one of the most influential artists of the 1980s.

Her solo album took a different turn, making more disco-oriented beats and up-tempo music that was popular at the time.

A Failed Album And A Doomed Relationship

While she spent months working on the album it was shelved by A&M who decided they didn’t like it, from the $500,000 it cost to record, $400,000 came from the Carpenters’ private funds.

During the same period, Karen married a real estate developer with whom she had a whirlwind romance.

They married quite quickly and though Karen strongly wanted children, her husband had a vasectomy as well as his own children, so that was not an option for the pair.

This quickly led to trouble in the relationship and the couple separated after only 14 months of marriage.

The failure of her marriage and her latest album clearly hit Carpenter hard and her friends reported that she was very reserved during this period and seemed quite ill.

Her weight and health continued to diminish and by 1981 she was taking a cocktail of drugs to increase her metabolism, which she began to abuse to the point of having her medications confiscated.

At this point, she had accepted her problem and had opened up to Richard about needing help. The pair found Cherry Boone, another singer who had recovered from anorexia and other eating disorders.

The doctor she recommended to Carpenter suggested at least three years may be required for a full and safe recovery and treatment, hoping for a quick fix Karen chose to seek a second opinion from another doctor.

After telling her new doctor she was having heart problems and was often feeling dizzy, she was admitted to the hospital where she was placed on intravenous parenteral nutrition, meaning she was essentially fed through a drip, in order to help her put on weight.

As her heart was already weak from years of improper dieting and medication abuse, the weight gain, which temporarily helped her feel better and healthy again, put a huge strain on her heart.

The Tragic, And Avoidable Death Of Karen Carpenter

In early February of 1983, Karen was happily discussing plans for a Carpenters comeback with her brother, but two days later, while staying at her parent’s home she fainted and was found unresponsive on the floor of her walk-in closet.

When found by paramedics, her heart was beating once every 10 seconds.

Sadly she was pronounced dead at the hospital later that morning. Shortly after, the coroner announced her cause of death as heart failure, caused by repeated use of over-the-counter medication used to induce vomiting.

The death of Karen Carpenter was tragic and avoidable, her struggles with anorexia were clear but at the time there was so little understanding about eating disorders, and the underlying mental issues that cause them.

As sad as it was, Her death helped bring light to how common these disorders were in women both on and off the stage and highlighted the need for better understanding and support.

Karen’s death shocked the world, though thankfully her death had positive repercussions and helped many other future sufferers get the intervention they needed early on.

Thousands of people attended her funeral, and her music lives on in the hearts of many around the globe.

For more details on the sad and tragic death of Karen Carpenter, make sure you watch this video from the team at Grunge.