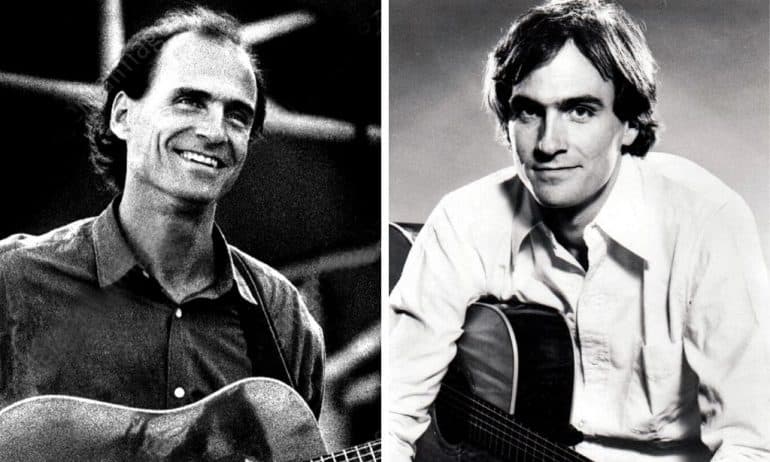 Our 10 essential James Taylor songs list explores the music of a songwriter and performer that created a unique and fulfilling career through his jazzy, lightly humor tinted upbeat records and achingly sweet, honest ballads.

He began through Apple Records back in 1968, and despite being criticized as a sensitive personality, he kept at it and eventually became one of the most legendary rock-country singers of all time. From rock ‘n’ roll to country themes to sweet soft tunes, his wide range captured the music scene, and to this day, some of his songs still pervade our nostalgic radio stations.

Despite his mishap with the national anthem, James Taylor is well known for turning cover songs into crowd favorites. Originally written by Buddy Holly, Taylor does exactly that with “Everyday,” and puts his signature spark into the track.

Although this James Taylor song debuted in his popular album Sweet Baby James in 1970, this live concert version reached its peak after being recorded and released on his first greatest hits compilation. The song is a blues parody which “mocks” the inauthentic blues bands of the 70s.

It includes some great lines such as “I’m a demolition derby, baby, A hefty hunk of steaming junk, I got the blues for you and me. The track breaks his earnest-artist persona to introduce his more fun side.

This song is James Taylor’s narrative of his journey to Mexico which was filled with mishaps due to the common tourist problem of Mexican food-induced diarrhea. Despite what the song says, a trip back to Mexico seemed a possibility. David Crosby and Graham Nash even help out in the featured back up vocals of this delightfully jolly song.

Although this track is a collaboration with the Eagles’ associated J.D. Souther and Waddy Wachtel (who worked with Linda Ronstadt, Warren Zevon, and Stevie Nicks), it is still a personal piece and one of the best James Taylor songs. It introduces a noticeable darker narrative as it was written around the decline of Taylor’s and Carly Simon’s marriage.

A song from his self-titled album, this one pays homage to Taylor’s childhood home, North Carolina. He wrote the song while recording for the Beatles’ label Apple Records at the same time and place that they were recording the White Album. Later iterations and recordings of the song stripped away the extra instruments and left only his soulful vocals accompanied by guitar.

The subject of this endearingly personal song is the home of his youth, Carrboro North Carolina. Hercules, James Taylor’s dog from childhood, is given a moment in the song in which he is playing by their home in an area close to Chapel Hill known as Copperline. Also mentioned is what is now called the James Taylor Bridge, a road segment by Morgan Creek. It was named after Taylor in 2003.

“Country Road” initially comes off as a stereotypical scenic and pastoral melody, a song whose nature was mimicked in other records to follow. When further probed, however, the song becomes another homage to the road in front of McLean Hospital. This building has a particular significance to James Taylor, as it was where he was treated for his depression in 1965.

In a musicscape full of love ballads, James Taylor subtly changes that trope by turning the persona into a longing man left behind by his lover. This carefully written slow ballad is embellished by touches of jazz and groove. It became a well-known melody later on, even more so when Eric Clapton made his cover of it with his cool growly style.

This song was recorded for the Beatles’ Apple label and featured on James Taylor’s self-titled album. George Harrison and Paul McCartney are included on the track. Harrison wrote his hit, “Something,” inspired by James Taylor’s song title. Featuring a signature 60’s introductory riff, the song was eventually made even more earnest through its stripped-down version.

“Fire and Rain” has withstood the test of time throughout the decades. It is James Taylor’s longest-standing and best-known track. This song provides the feeling of a friend and confidant guiding you through hard times, and lending you comfort as you go through it. If you’ve ever gone through a tough time, this song is one that articulates the encouraging messages you may need to hear.

James Taylor is a timeless, genuine, and achingly personal artist who can tug at any person’s heartstrings. We hope you’ve enjoyed our top 10 James Taylor songs list.