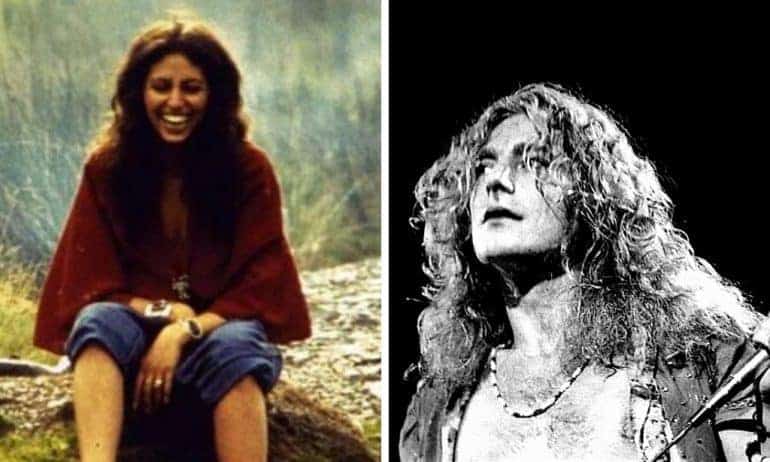 Maureen Wilson is the former wife of Led Zeppelin’s ‘Golden God’ Robert Plant. Together they were one of the most beautiful couples in rock ‘n’ roll history.

Maureen Wilson was born in Kolkata (formerly Calcutta), India on November 20th, 1948. Shortly after her birth, her family moved to Birmingham in England where her father owned and operated a steel factory.

In 1966, Maureen Wilson met Robert Plant at a Georgie Fame concert, which at the last minute was canceled. From then on they began seeing each other and their relationship blossomed. Throughout the mid-1960s, Plant struggled financially. He played in various bands such as Listen, Band of Joy, and even had a few solo projects.

Plant later acknowledged that Maureen Wilson, who was working as a qualified nurse at the time, had helped him financially during this period of chopping and changing bands. Apparently, Plant even had a short stint working in Maureen’s father’s steel factory to make ends meet.

On November 9th, 1968, Robert Plant and Maureen Wilson married. The reception took place at the Roundhouse, a venue Led Zeppelin played earlier that evening. The concert was the first time the band played under the name of Led Zeppelin, prior to that going by The Yardbirds.

In 1969, Maureen Plant traveled with Led Zeppelin on their North American Spring Tour, however, this was her last ever tour on the road with the band. After that, she stayed on the family farm and looked after their children.

Also in 1969, Robert Plant dedicated the track “Thank You” to his wife Maureen Wilson. The song featured on their second album, Led Zeppelin II. The song is both sweet and poetic, a true declaration of love to Maureen.

Interestingly, it was the first time ever Plant wrote the entire lyrics to a song for the band, apparently, he was urged on by Jimmy Page to start pulling his weight in songwriting.

And so today, my world, it smiles
Your hand in mine, we walk the miles

Sadly, during Robert’s 1977 North American Tour with Led Zeppelin, his first son Karac passed away at the age of five from a stomach virus. Plant remembers it being the “absolute darkest times of my life.” But went on to write “All My Love” in his late son’s honor.

Due to a number of factors, most significantly Karac’s death and Robert’s extended time away from the family, Maureen Wilson and Robert Plant divorced in August of 1983.

She still remains friends with Plant and in 2010 attended a few shows during the Robert Plant and the Band of Joy European Tour 2010 when they played in the UK.

In more recent news, at the 70th birthday of Maureen Wilson in 2018, Plant sang “Little Sister,” “One Night,” and “A Big Hunk O’ Love.” He then wished her a happy birthday and called her an “old bugger” in a joking manner. You can see the video of Plant singing the Elvis songs below.