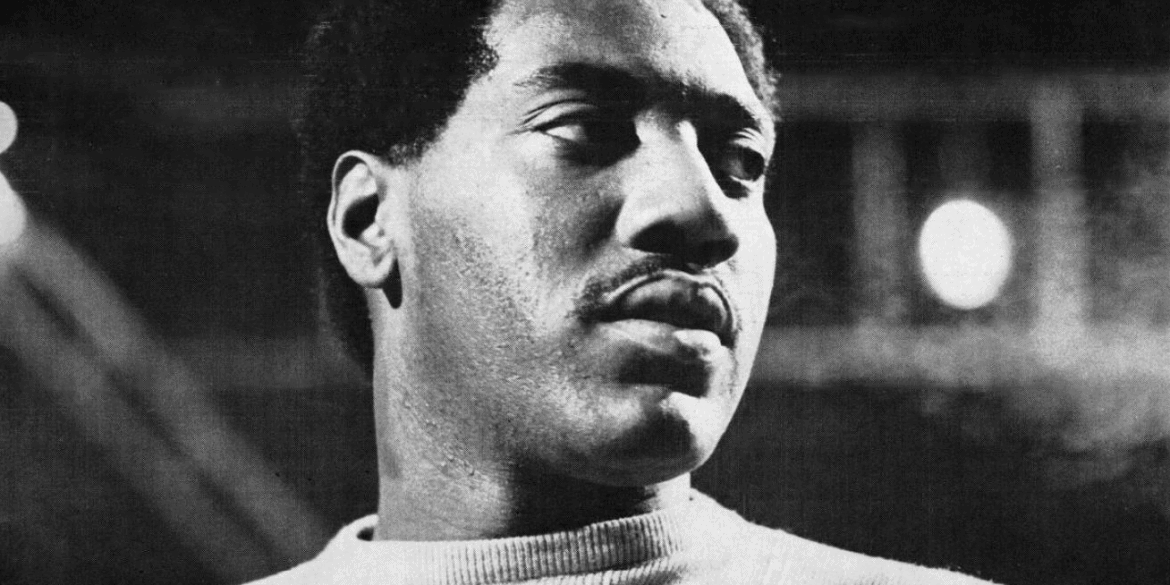 Our 10 best Otis Redding songs list explores the music of one of the most charismatic and beloved soul singers of his generation. Whether it’s “Sittin’ On the Dock of the Bay” or “Try a Little Tenderness,” Otis Redding has given us some of the best soul songs of all time.

Known as the ‘King of Soul,’ he is an iconic singer that has paved the way for hundreds of artists over the years. And while he was only 26 years old when he died, he left us with a musical legacy of a lifetime.

Released in 1966 on his last album before his death Complete & Unbelievable: The Otis Redding Dictionary of Soul, “Fa-Fa-Fa-Fa-Fa (Sad Song)” was written with Steve Cropper, guitarist in Stax Records house band, Booker T. & the M.G.’s.

Quite a sad Otis Redding song, Cropper’s lyrics reveal Redding’s reputation as using sad songs as a platform to preach his musical message. When working on a song in the studio, Redding would vocalize the horns by singing out “Fa Fa Fa,” however for this song, it became the rhythm.

Most people are familiar with Aretha Franklin’s version of this song. But it was actually written and recorded by Otis Redding in 1965, two years before Franklin recorded it.

His original version was about a man who was willing to give his woman everything, as long as she respected him when he came home at the end of the day. She changed the song a bit, turning it into one of the iconic women’s empowerment songs of the 1960s. The song is No. 5 on Rolling Stone magazine’s 500 Greatest Songs of All Time.

This was actually a cover of a Sam Cooke song, released in 1960, and one of the rare instances when Otis Redding recorded a dance tune. It’s an up-tempo song, something Redding was not famous for.

Cooke was a massive influence on Otis Redding. Along with his version of “Shake,” Redding also recorded covers of Cooke’s “A Change Is Gonna Come,” “Chain Gang,” “Cupid,” “Nothing Can Change This Love,” “Wonderful World,” and “You Send Me.”

This track, however, is said to have shaped the future of rock ‘n’ roll. It is one of three Otis Redding songs that have been inducted into the Rock and Roll Hall of Fame.

This song was just what it was supposed to be – a groveling, pathetic song about a man begging his woman to come back to him. This would be a recurring theme in most of Otis Redding’s songs. Earning himself a reputation as a broken man, Moohah Williams, a well-known disc jockey at Memphis radio station WDIA, began calling Redding “Mr. Pitiful.”

Redding and his producer Steve Cropper decided to create a song around the nickname and concept. The result was “Mr. Pitiful,” a track where Redding sings as a man continually suffering from a broken heart. The truth is far from opposite, unlike many of Otis Redding’s songs, he was married from 1961 and was generally an upbeat person.

He recorded the song in 1965 in about 10 minutes. This was his first collaboration with Steve Cropper, a musician that he would work with several times over his short career.

This is one of the most popular Otis Redding songs and his biggest-selling single while still alive. It was released in 1965, the year when Redding released the majority of his music. It’s an impassioned ballad about a man who wants his lost love to come back to him.

This is the theme of a lot of Otis Redding’s songs, such as “Try a Little Tenderness” and “These Arms of Mine.” It’s one of the greatest slow-dance tracks of all time.

Of course, everyone knows this song was originally written by Mick Jagger and recorded by the Rolling Stones. In fact, the Stones released the song the same year Redding covered it. But Redding added a horn and brass section to the arrangement.

Interesting to note, Redding was the first African American artist to have a hit single with a track by a British invasion band, opposite to the many British bands that were enormously influenced and covered lots of American soul music.

He also changed a lot of the lyrics in his own version. When asked, he admitted “I use a lot of words different than the Stones’ version,” Redding said. “That’s because I made them up.”

This is one of two Otis Redding songs he played when auditioning to be added to the Stax record label. The producer loved the song so much during the audition that he offered Redding a contract on the spot.

This was Redding’s first single he wrote himself. It would go on to be one of the most iconic love ballads of all time. While it’s a bit rough around the edges, it’s not surprising given it was recorded on the first take.

Steve Cropper recalls the session in an interview with Rolling Stone magazine, “He started singing ‘These Arms of Mine.’ And, man, my hair stood on end. Jim [Stewart, co-owner of Stax] came running out and said, ‘That’s it! That’s it! Where is everybody? We gotta get this on tape!’ So I grabbed all the musicians who hadn’t left already for their night gigs, and we recorded it right there.”

This song was just one of many hits on the album titled “The Great Otis Redding Sings Soul Ballads.” It was recorded at a time when singers would put out singles and then their songs would later be put into an album or collection.

It was written by Memphis hospital worker Roosevelt Jamison and was originally recorded by O.V. Wright on a local label. There was a bit of controversy as Redding’s version of the song was released just days after Wright first released it.

The Stones also recorded a version of the song for their 1965 album Out of Our Heads.

A standard song recorded by a variety of artists over the years, including Frank Sinatra, Mel Torme and Bing Crosby. “Try a Little Tenderness” was written in 1933 by Jimmy Campbell, Reg Connelly and Harry Woods.

The Otis Redding version of the song became his signature piece, representing him at his pinnacle. His smooth vocals coupled with small piano sections created the most soulful version of the song. It has been covered by dozens of artists over the years, including Jay-Z and Kanye West.

Redding died in a plane crash on December 10th, 1967, a month before “(Sittin’ On) The Dock Of The Bay” was released on January 8th, 1968. He recorded it three days before his tragic death. Out of all the great Otis Redding songs, this was his only No. 1 single.

In a 1990 interview on NPR’s Fresh Air, Steve Cropper recalls the inspiration behind the song. “He had been at San Francisco playing The Fillmore, and he was staying at a boathouse (in Sausalito, across the bay from San Francisco), which is where he got the idea of the ship coming in. That’s about all he had: ‘I watch the ships come in and I watch them roll away again.’ I took that and finished the lyrics.”