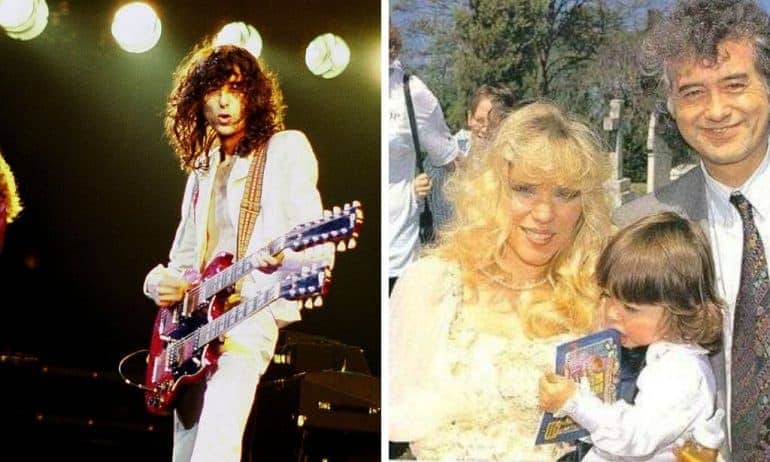 Patricia Ecker was the first wife of guitarist and founder of Led Zeppelin, Jimmy Page. According to Page, it was ‘love at first sight.’

Who Is Patricia Ecker?

Patricia Ecker is an American model and waitress born in Metairie, Louisiana on May 27th, 1962. She is best known as the ex-wife of Led Zeppelin guitarist Jimmy Page (1986 – 1995) and mother of his son, James Patrick Page (III).

Patricia Ecker went to high school in New Orleans, Louisiana and while working as a model was also employed as a waitress to make ends meet.

In 1986, whilst working a shift as a waitress at a New Orleans restaurant in the French Quarter, she met Jimmy Page. At the time, he was on tour in the United States with the British rock supergroup, The Firm. Apparently he fell in love instantly with Ecker.

At the end of The Firm’s 1986 US Tour, Patricia Ecker traveled back to London, England with Page. A few months later in December of 1986, the couple got married.

On the 26th of April, 1988, Patricia Ecker gave birth to James Patrick Page III, the third son in the Page family to adopt the same name.

Similar to many of Page’s previous relationships, the time away from home and in the studio began to take its toll on their marriage. On the 16th of January, 1995, Jimmy Page and Patricia Ecker filed for divorce.

The same year, Jimmy went on to marry Jimena Gomez Pratcha who at the time had a daughter named Jana. The couple ended up having two children together, Zofia Jade Plant (born in 1997) and Ashen Josan Page (born in 1999). The pair divorced in 2011.

After her relationship with Page, Ecker moved back across the pond to her home state of Lousiana and is currently living in Mandeville.

Meanwhile, Page is on the prowl again and is dating London based poet and actor, Scarlett Sabet. With a 47-year age gap, who said rock ‘n’ roll is dead?