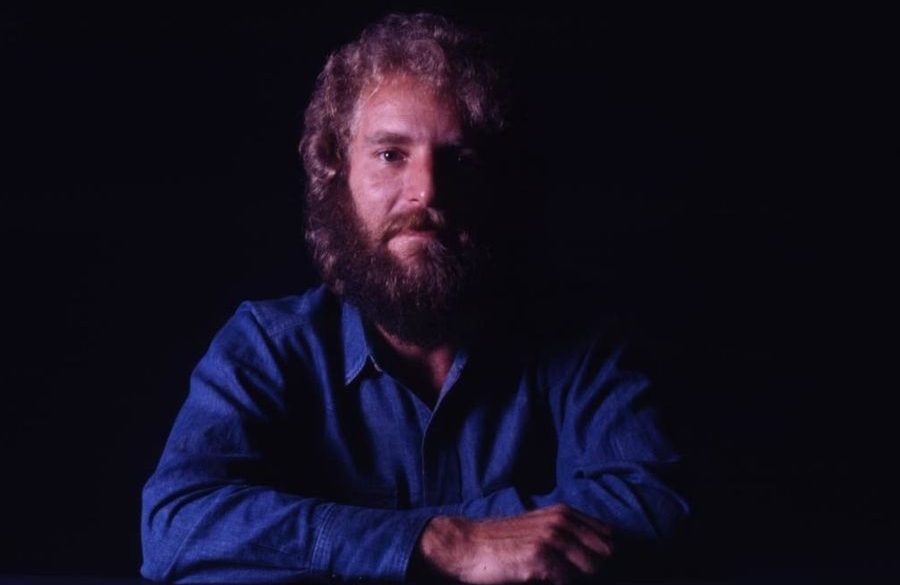 A month before the Japanese attacked Pearl Harbor, and so brought the US into World War II, Tom Fogerty was born in Berkeley, California.

Although there was no connection between the two events, it meant that Tom grew up in the post-war years when society and culture were changing.

As a singer with a love for the rock’n’roll music that was sweeping the US in the 1950s, Tom had some great opportunities to perform and he made the most of them.

At high school in 1958, Tom started his singing career with a band called Spider Webb and the Insects. At the same time, his younger brother John was part of a different band, The Blue Velvets.

Spider Webb and the Insects managed to arrange a recording contract with Del-Fi Records. They did not, however, release any records before breaking up in 1959.

John Fogerty’s band stepped in to back Tom, with Tom joining them full-time in around 1960. The Blue Velvets had signed to Orchestra Records, and they recorded three singles with them. These were released during 1961 and 1962.

The band was credited on those singles as Tommy Fogerty and the Blue Velvets, indicating that Tom was at that time the lead singer. The singles were spectacularly unsuccessful, sinking into obscurity as soon as they were released.

In the middle of the decade, The Blue Velvets changed their name to The Golliwogs – a name that would have attracted no criticism at that time. The choice of the new name came from the new record label they had signed with.

As a result, the Golliwogs did some recording for Fantasy Records with Tom and John sharing the lead vocalist role. They also shared songwriting duties.

At this time in the mid-1960s, British pop music was a dominant force. The Golliwogs’ music was heavily influenced by this, with little evidence of any effort to produce original material.

As the Golliwogs, the band recorded a selection of singles that were later to be issued as a compilation by Fantasy Records on an album called Pre-Creedence.

The second change of name came in 1968 when the band became Creedence Clearwater Revival. Tom was now sidelined as lead vocalist, with John taking the limelight both as singer and songwriter for the band.

This led to tension between the two of them, and in 1971 Tom left the band and launched a solo career. They had just released the album Pendulum and Tom had waited for it to be completed before walking.

Creedence Clearwater Revival enjoyed early success with their second single “Susie Q.” The record got huge radio coverage and charted at number 11. 1968 was a great year for the band, and 1969 was destined to be even better.

“Proud Mary” reached number 2 in the charts, its follow-up “Bad Moon Rising” also got to number 2. In Great Britain, it stayed at number one in the charts for three weeks. In August 1969 they performed at Woodstock Festival in New York State, having already appeared at the Atlanta Pop Festival the previous month.

Creedence Clearwater Revival was an immensely popular rock band. They produced seven studio albums, all of which achieved either gold or platinum status plus a string of hit singles.

Their success was not just confined to the US. They topped national charts around the world and were known to be an exciting touring band. Even now, they are remembered fondly by those fans who bought their records back in the 1960s and early 1970s.

Some of those fans believe that the success of Creedence Clearwater Revival was a result of Tom Fogerty being eclipsed by his brother John. It was John’s songs that the band played and John who sang the lead vocals on all of them.

Once Creedence Clearwater Revival was no more, John Fogerty also became a solo performer. His relationship with his brother, however, was shot. Tom sued his brother over copyright issues, although he later withdrew his lawsuit.

It seems that Tom was jealous of his more talented younger brother, and felt he had been treated badly during the Creedence Clearwater Revival years. The feud between them was not properly resolved at the time of Tom’s death. John Fogerty’s feud with Fantasy Records and with both Stu Cook and Doug Clifford continued well beyond Tom’s passing.

In 1974 the album Zephyr National featured Stu Cook and Doug Clifford, both former members of Creedence Clearwater Revival. One of the tracks “Mystic Isle Avalon” also featured John Fogerty, although his contribution was recorded separately. This album was the last time that the four members of Creedence Clearwater Revival performed on the same studio-produced album.

Later the same year, Tom released another album Myopia. Both Stu Cook and Doug Clifford backed Tom on this album too.

The four members of Creedence Clearwater Revival performed together live just twice more. The first of these was in 1980 at Tom’s wedding reception when he married Tricia Clapper. The final live appearance came three years after that when they played during a high school reunion.

Induction into the Rock and Roll Hall of Fame came in 1993 for Creedence Clearwater Revival. Tom was already dead, and the remaining three members could have performed at the induction ceremony. However, John Fogerty refused to participate, as he was still in dispute with his former bandmates.

In 1976 Tom Fogerty got together with Randy Oda, Anthony Davis, and Bobby Cochran to form a new band called Ruby. In 1977, their first album Ruby was released to critical acclaim. Tom Fogerty produced the album as well as playing and singing with the band.

One of the tracks on the album was an instrumental written by Randy Oda called BART. This became a frequently heard piece of music in Great Britain. The British TV company BBC provided a service called Ceefax, which made pages of information available to the public.

BART was chosen as the music that was played while the pages were on screen. The track also was played when test cards were on display and during the intervals that occurred between programs for schools. Test cards were broadcast during daytime periods when there were no programs being broadcast. Television engineers used them to tune new TV sets accurately. The track was last used in 2012 on the day Ceefax was discontinued.

As an aside, Creedence Clearwater Revival suffered from the willingness of the bosses of Fantasy Records, especially Saul Zaentz, to allow their songs to be played on advertisements, in films, and as themes to TV programs.

This was because the rights to the songs had been sold to the record company in the early days. John Fogerty later regretted this use of songs mostly written by him and performed by the band that included his brother. After Tom’s death, John continued his fight against Fantasy Records in an effort to reclaim fees. It was not until Fantasy Records changed hands that the issue was settled.

In 1978, a second Tom Fogerty album Rock & Roll Madness was released, again to critical acclaim. In 1984 the album Precious Gems appeared, this time is listed as Tom Fogerty & Ruby. The personnel was identical to the previous Ruby albums, although it is usually listed as Tom Fogerty’s sixth album, rather than Ruby’s third.

Tom Fogerty had become close friends with Randy Oda during their time together in Ruby. This friendship resulted in an album that was recorded in 1988 and given the title Sidekicks.

In addition to Randy Oda, Tom’s son Jeff and Randy’s brother Kevin performed on the album. Tom fell ill during the recording of the album and had to take a break. On his return to work, Tom felt a real and desperate urgency to complete the project.

Tom and Randy wrote all the songs on the album together, bar two. One was the traditional song Sloop John B. The other The Unbearable Lightness of Being was written solely by Tom.

At first Fantasy Records refused to release the album, but when Tom Fogerty died in 1990, they relented, and it appeared in 1992. Interestingly, in Germany, the album was issued under a different title Rainbow Carousel and Tom and Randy became Sidekicks.

Tom Fogerty underwent operations for back problems during the 1980s. After one operation, it seems he was given a blood transfusion. The blood used was infected with HIV, and as a result, Tom developed aids.

His condition was discovered when he fell ill with pneumonia during 1988. Although he was able to carry on working, he was now weakened and vulnerable to other illnesses. He developed tuberculosis and died from it in September 1990. He was 48 years of age.

Interest in Tom Fogerty’s solo work in the 1990s led to the release of an 18-track album The Very Best of Tom Fogerty. It appeared in 1999 on the specialist label Varese Sarabande.

Tom Fogerty’s private life does not contain any startling revelations or scandalous behavior. He married Loretta Gail Skinner in 1960 at the age of 19. They went on to have four children but divorced in 1977. Three years later he married Patricia (Tricia) Suzanne Clapper with whom he had two more children. They remained married at the time of his death.