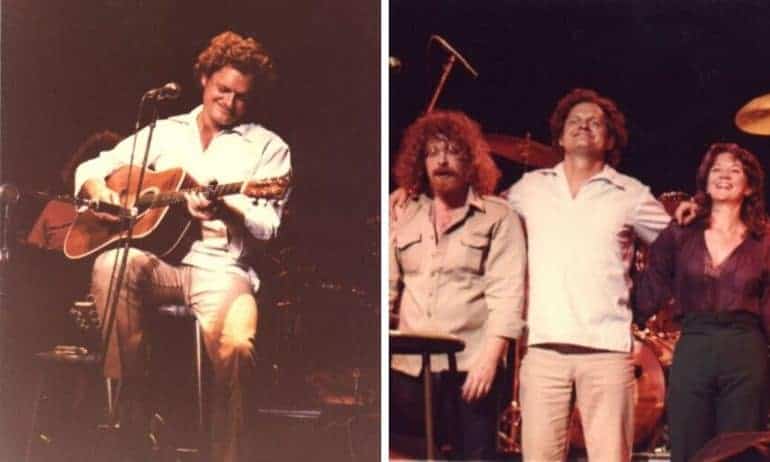 Our top 10 Harry Chapin songs list looks at the heartfelt music of the most engaged American artist during the 1970s. Although his career ended early, he recorded 11 albums and released 14 singles, all of which became chart hits.

Released on Sniper and Other Love Songs in 1972, he wrote “Sniper” after reading about the 1966 University of Texas shooting. Although the song differs from the actual account of events, he sings in three different voices. Firstly a narrator describing the event, secondly people reacting to the story, and thirdly from the point of view of the sniper himself. The song and entire album were received poorly, mainly due to the darkness of the tracks.

The title track from his 1980 album Sequel. The song is a follow-up to his 1972 hit ballad “Taxi.” It continues the story of Harry the taxi driver and ex-lover Sue, meeting ten years in the future. “Sequel” reached number 23 on the Billboard charts, one place higher than “Taxi.” Sadly, Chapin died seven months after the tracked peaked in 1980, making it his last hit record.

“Mr. Tanner” was released on his 1973 album Short Stories. Like many of Harry Chapin’s songs, it was inspired by a true story about an Ohio cleaner who likes to sing. He is eventually encouraged to travel to New York City to sing in a show, only to be criticized strongly by critics.

“Flowers Are Red” was recorded for the 1978 album Living Room Suite. Inspired from his secretary’s son’s report card which read, “Your son marches to the beat of a different drum, but we’ll have him joining the parade by the end of the term.”

The song tells the story of a little boy at school, who is told off for doing art and that he is painting the flowers in the wrong color, that they should be red and green. Only to move to a different school where the teacher encourages her students to use any color, but the boy still only uses red and green.

6. Better Place to Be

The song “Better Place to Be” was released on his 1972 album Sniper and Other Love Songs. The song is apparently one of his personal favorites from his collection.

Despite WOLD being a real radio station in southwest Virginia, it was more a play on the word “World.” It was written and performed on his 1973 album Short Stories.

“Circle” was released on the album Sniper and Other Love Songs in 1972, but never as a single, despite its immense popularity. One of the most liked Harry Chapin songs by fans, Chapin referred to it as the “Chapin theme song.”

The song was also routinely played at the end of his shows, where he encouraged the crowd and other members of the band to sing along during the chorus. In the same year of its release, the Australian pop band the New Seekers covered the song, becoming one of their most popular singles.

3. I Wanna Learn a Love Song

Like a lot of Harry Chapin songs, “I Wanna Learn a Love Song” is based on a true story. It was released on his 1974 album Verities & Balderdash.

One of our favorite Harry Chapin songs, “Taxi,” from his 1972 album Heads & Tales was very influential in establishing his popularity and musical style. In fact, when debuting the track on The Tonight Show Starring Johnny Carson, there was so much buzz around it that Johnny Carson brought Chapin back the next night for an encore performance, the first time in the show’s history.

1. Cats in the Cradle

Definitely one of the most well-known Harry Chapin songs, “Cats in the Cradle” was released in 1974 on the album Verities & Balderdash. By December of 1974, it topped the Billboard Hot 100 chart, becoming his only No. 1 hit. The song is based on a poem written by his wife. It took the birth of their son for Chapin to decide to turn it into a song.

Tragically, on July 16th, 1981, Harry Chapin was killed in a car accident whilst driving to a free concert at Eisenhower Park in East Meadow, New York. He was only aged 38. Despite his early death, he left behind a strong legacy of philanthropic work fighting world hunger and an abundance of songs enjoyed by millions worldwide.

We hope you’ve enjoyed our list of the top 10 Harry Chapin songs.