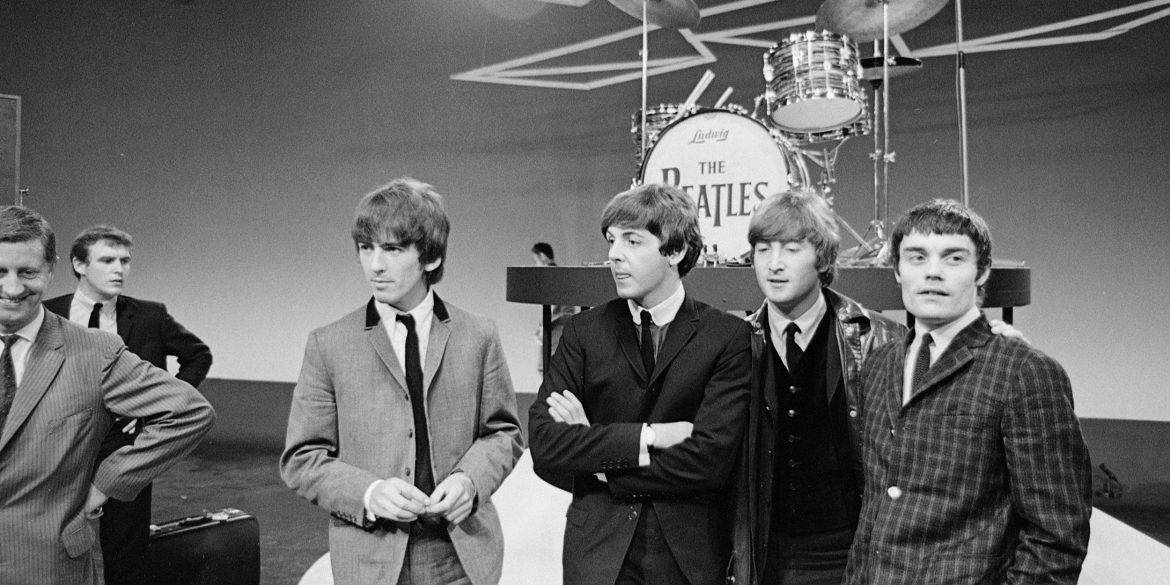 Young Paul McCartney: The “Cute Beatle” Through The Years

The young Paul McCartney everyone came to know and love during the 1960s has evolved massively throughout the years.

With his rise to stardom beginning during his teenage years, Rocks Off is having a look at the early stages of his life and career through photographs.

Paul McCartney was born on June 18th, 1942, at the height of the Second World War. He only had one sibling, a brother named Peter Michael McCartney. The young Paul McCartney was raised in a traditional working-class family in Liverpool, England, much like his future bandmates.

His mother, Mary Patricia, was a midwife and his father, James McCartney, a cotton salesman. Paul’s father was also a pianist and trumpet player in a local jazz band during the 1920s.

It was his father who encouraged him to try learning multiple instruments. Despite taking lessons at an early age, he favored learning by ear and taught himself the piano, trumpet, and Spanish guitar.

In the evenings, his family would often gather around the piano and have a sing-song, an experience which Paul liked to integrate into some of his songs such as “When I’m 64” to give that sing-along feel.

In 1953, Paul was one of three students out of ninety to pass the 11-Plus exam, allowing him to attend the Liverpool Institute grammar school. It was traveling on the bus to school that he met his future bandmate, George Harrison.

In 1957, the young Paul McCartney met John Lennon at a church festival where John’s band the Quarrymen were performing. Paul whipped out his guitar and played Eddie Cochran’s “Twenty Flight Rock” perfectly.

Lennon was apparently amazed by the rendition, saying “I dug him…. he’s as good as me!” The pair struck up a relationship and he was later invited to play in the band.

In 1958, John Lennon’s mother was tragically killed, something that the young Paul McCartney could emphasize with having lost his mother two years prior. The grief that they both shared became the foundation of their close friendship and unformidable bond.

Before they settled on their final name as the Beatles, they performed as the Silver Beatles. John Lennon had initially wanted the name the Crickets.

The band finally adopted the name the Beatles in August of 1960. After earning a reputation in Liverpool, their informal manager at the time booked them a residency in Hamburg, Germany. It was in Hamburg when the Beatles began recording their first tracks.

After making waves abroad, Brian Epstein went to watch them perform at the Cavern Club upon their return and believed they were the next big thing, offering to manage them soon after.

He remembers the experience, “I was immediately struck by their music, their beat, and their sense of humor on stage—and, even afterward, when I met them, I was struck again by their personal charm. And it was there that, really, it all started.”

The young Paul McCartney skipped the band’s first meeting with their new manager because he chose to take a bath instead!

The Beatles first performed at the Cavern Club on February 9, 1961, although they had been playing at the infamous venue since 1957 as the Quarrymen. The Beatles went on to make 292 appearances at the Cavern.

On December 17, 1961, Brian Epstein arranged for the Beatles to have a few photographs taken of the group. The photographer, Albert Marrion, ended up taking around thirty photographs, but could only keep 16 negatives because the young Paul McCartney and John Lennon were playing around and ruining the other photographs.

With Epstein now in charge, part of the band’s “clean up” included wearing suits on stage and getting rid of the black leather and jeans style they had adopted over the previous two years. He even enforced that there was no more swearing, drinking, or smoking on stage as well as introducing the sweet “Beatle bow” at the end of each performance.

Epstein was integral in getting the band signed with EMI-Parlophone in 1962. He also was influential in cleaning up their look and onstage performance. The final piece of their transformation was to replace their drummer, Pete Best. Introducing Ringo Starr.

With Ringo now in the band and their first hit “Love Me Do” gaining popularity in the UK and US in 1963, “Beatlemania” began to spread like wildfire. The young Paul McCartney was often referred to in the press as the “cute Beatle.”

The Beatles headed to the United States for the first time in 1964. On February 9, 1964, the group gave their first US television performance live on The Ed Sullivan Show. The show was watched by around 73 million viewers, becoming “the largest audience that had ever been recorded for an American television program,” according to Nielsen Media Research.

The band then flew to Florida where they performed on the weekly Ed Sullivan Show for the second time in front of another 70 million viewers.

After the success of their United States tour, the band were in full stride. Between 1962 and 1970, they released 12 studio albums. The young Paul McCartney was writing songs that became the soundtrack for an entire generation.

Unfortunately, by 1970 tensions had reached a boiling point and the band broke up, leaving behind a legacy for many generations to come.