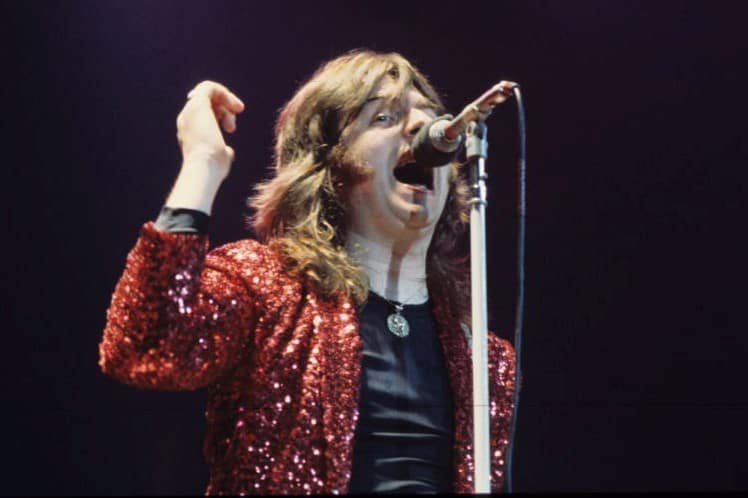 I’m in the mood, The rhythm is right, Move to the music, We can roll all night

If you walked into any record store in the country and asked one of the too busy, cooler than cool, flipping their way through endless racks of vinyl customers who Dave Peverett was, they’d probably stare at you blankly and say “Who?”

If you asked them if they’d ever heard of Foghat, they’d probably smile and start singing the chorus to Slowride to you.

But if it hadn’t been for ‘Lonesome’ Dave Peverett, there wouldn’t have been a Foghat and Slowride would be a distant, half-remembered melody cast adrift on the winds of fate.

Even though it’s their most fondly remembered, and well-known, tune. Slowride is just one of the cogs in the endlessly turning motor that continues to drive Foghat, and like the band he formed and fronted for almost thirty years, Lonesome Dave Peverett was an infinitely complicated, complex, and focused man.

Born in London in the closing moments of the Second World War, Peverett’s early years were filled with post-conflict rationing and the bomb-damaged, ruined streets of the English capital formed the backdrop to days filled with endless adventure.

But as he started to get older, Peverett longed for something more than the cold, drab future that a succession of going nowhere day jobs and the grey skyline of his home city offered.

Despite its ravaged outward appearance, London was an incredibly exciting palace for a young man to grow up in during the nineteen fifties and early sixties.

The central hub of the UK’s emerging rock and roll and blues scenes, for Dave Peverett who fell in love with music at an early age, the possibilities were endless, and during the formative years of the nineteen sixties when the city’s club scene really started to swing, he formed his first band, The Nocturnes with his brother, John.

The Nocturnes was a wild combination of talented, hungry young musicians, and it didn’t take them long to get noticed.

While the Nocturnes carved their own, not inconsiderable reputation among the movers and shakers of the club scene by night, by day they were an in-demand studio backing band who laid down the beat for and made the music that an incessant parade of singers used as their passport to fame.

Those early days spent playing to the tune of another master’s drum taught Peverett what not to do in a studio, and how to write and perform on-demand, skills that he would employ to great effect later on in his career.

Following the demise of the Nocturnes, Peverett briefly joined a Swedish blues band called Les Questions and started using the name, Lonesome Dave Jaxx. While he’d soon drop his newly adopted surname, he kept his nickname right up until the end of his career.

After developing a taste for the road and touring with Les Questions, when he finally returned to London in ninety sixty-seven, instead of trying to revive his former band, Peverett joined the already established Savoy Brown as a rhythm guitarist and started doing what he was born to. Tour, play shows, and record.

Over the course of three years Peverett learned what it took to be a success, and night after night, he played like a man possessed and helped Savoy Brown to find a modicum of success and fortune in an unexpected territory, America.

Back home, the band couldn’t get arrested and didn’t fit the lazy mold that the music press had decided to throw their weight behind, but it didn’t matter.

Savoy Brown was in demand, and they were making a living at what they were doing and while no one in the band was making anywhere near the sort of eye-watering money that the biggest names in the business were, they didn’t have to get day jobs in the all too brief periods when they were home and they didn’t have to worry about where the next cheque was going to come from or how they were going to pay their bills. Life was pretty good for Dave Peverett and it was about to get a whole lot better.

After Savoy Brown’s singer Chris Youlden departed their ranks in nineteen sixty-nine, Peverett was promoted to take his place and assumed vocal duties for their next album, Looking In, which was recorded and released in nineteen seventy. The album was Savoy Brown’s finest moment to date and reached the top fifty in their home country, but that not inconsiderable achievement was outstripped by its astounding American success.

Looking In climbed to thirty-nine, and spent nineteen weeks in the Billboard Top Two Hundred and is still Savoy Brown’s second-highest charting record in their fifty-five-year career.

How much of that success was due to Peverett taking over as the band’s singer is open to debate, but the fact that the record sold as well as it did when Peverett stepped up to the mike, should be more than enough to give anyone pause for thought.

It was all the ammunition that Peverett needed to reconsider his place and position in Savoy Brown, and the following year, along with drummer Roger Earl and bassist Tony Stevens, Lonesome Dave left the band he’d helped to push to new heights of fame and joined forces with Black Cat Bones guitarist Rod Price (who had replaced future Free guitarist Paul Kossof in the Cat ranks) to form Foghat.

Having quickly signed a deal with Bearsville Records, Foghat relocated to the United States, which seemed to make perfect sense to the three-quarters of the band who, having already had a taste of American success in Savoy Brown, were keen to replicate it with their new band.

It wasn’t long before their debut album, the first of two self-titled records that the band released appeared on the shelves of record stores across America in nineteen seventy-two.

And even though it included a cover of Willie Dixon’s I Just Want To Make Love To You which attracted more than a reasonable amount of airplay, it didn’t exactly set the US charts on fire.

That didn’t matter to the band though, they were in it for the long haul and didn’t expect their first record to hit big or blow up. Besides, the fact that it reached number twenty-three in the Australian charts told Peverett all that he needed to know about Foghat.

People liked them, they liked what they were doing and it was only going to be a matter of time until America learned what Australia already knew, and like their Aussie counterparts, caught Foghat fever.

The band’s first album did however make an impression on the American music press who were intrigued by the band’s name and questioned Peverett about where it came from and what it meant. And Lonesome Dave being Lonesome Dave was only too happy to tell them.

Contrary to popular belief and the old rock and roll wives tale that the band’s name was a play on the ever-popular curse word that begins with ‘F’, Foghat was actually a word that Dave made up when he a boy to try and beat his brother at Scrabble, in an ill-advised ploy that didn’t work.

It later became the name of his imaginary friend Junior Foghat, whose persona Dave would incorporate into his own to become ‘Lonesome’ Dave.

Whether the US music press believed him or not didn’t matter, they had a story and a story was all that Dave and his fellow band members needed in order to get their name out to the people who did matter. Their fans, and the people who would buy their records.

Over the course of the next eight years, Foghat would record another eight albums (including the second Foghat album) all of which adhered to their blues-heavy, boogie sound that was drenched in the trademark slide guitar of Rod Price.

And for the next eight years, each of their records, buoyed by the success of Slowride which was recorded for nineteen seventy-five’s Fool For The City, sold more copies than their previous release did.

Success had come relatively easy to Foghat, and even though they were enjoying every moment of it, the band refused to heed their own advice and take it easy, and instead maintained a relentless and unforgiving touring schedule.

By the end of the nineteen seventies, tastes had changed and after eight gold records, Foghat’s sales began to dip, which in turn made the band reevaluate their sound and approach to making music.

After they adopted a more new wave middle of the road, radio-friendly sound, the band finally fell apart in nineteen eighty-four and Peverett returned to England while his former bandmates soldiered on under the Foghat name.

Dave being Dave refused to give up and in nineteen ninety, he returned to America and began to lead his own version of  Lonesome Dave’s Foghat, and once again he hit the road and picked up where he’d left off.

For three years, Dave crisscrossed America until he bumped into record producer extraordinaire Rick Rubin, who encouraged him to reunite with his former colleagues, put the past behind him, and put the old band back together.

If there was any justice in the world, that’s where the story would have ended, or at least continued until it reached a natural, happy ending.

Unfortunately, Lonesome Dave Peverett didn’t get the happy ending that he so richly deserved, and after recording two more albums with the band that he formed, Return of the Boogie Men and Road Cases, he was diagnosed with kidney cancer in nineteen ninety-nine and despite an aggressive course of chemotherapy, Lonesome Dave Peverett died in Orlando, Florida on February 7th, 2000 at the age of fifty-seven.

He kept on playing shows until a couple of weeks before he passed away because he was Lonesome Dave and that’s what Lonesome Dave did. He played rock and roll.