Lori Maddox: The Complete Story of the “Baby” Groupie of the 70s 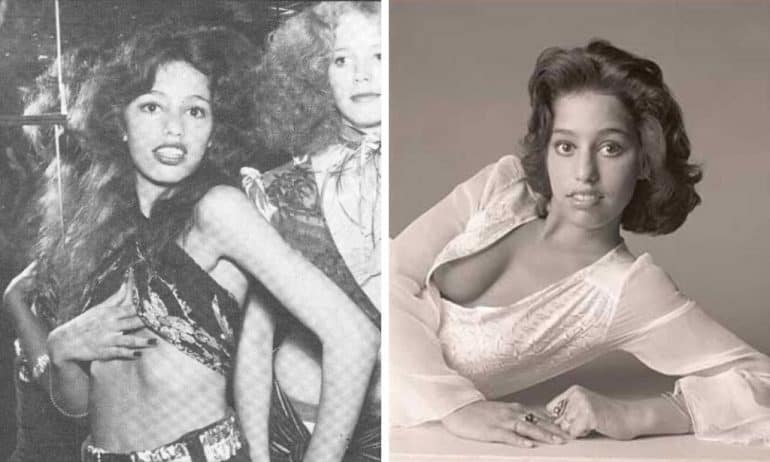 Lori Maddox states she was only 15-years-old when she lost her virginity to David Bowie. She was later pursued by Led Zeppelin’s infamous Jimmy page. Her’s is a cautionary tale of predation and exploitation at the hands of some of the worlds most revered rocks stars during a time where these issues were largely ignored and sadly celebrated.

Who Is Lori Maddox?

Lori Maddox is a famous ex-groupie from the 1970s alongside Sable Starr, Bebe Buell, and others. She was born on November 29th, 1958 as Lori Mattix. But is more commonly known as Lori Maddox or Lori Lightning. She is a former “baby” groupie. This meant that she was part of a young entourage of groupies who were completely new to the scene and had no prior experience.

During the late 1960s and early 1970s, people dreamt about having and enjoying the luxurious lifestyle of the rock ‘n’ roll stars who were seen and worshipped as gods. Most girls, especially the younger ones, dreamt about tagging along with these rock stars on the road in their flashy cars and private jets.

Lori Maddox was one of the young girls who were determined to become part of that lifestyle, and that’s exactly what she did. Lori Mattix grew up in Los Angeles, California and attended a middle school like any other child. At a very young age, she was introduced to the rock ‘n’ roll scene along with her friend Sable Starr, who had a wild, rebellious personality growing up.

Lori Mattix met Starr straight out of high school. The pair would often attend trendy clubs in LA and spend most of their time ditching the usual activities of a young teenager for late-night clubbing and live rock music.

Sable Starr, who was known as the “Queen of the Groupie Scene,” greatly influenced Lori Maddox who was underage at the time. At a certain point, both Lori and Sable were constantly hanging out at nightclubs on the Sunset Strip located in West Hollywood.

Both Lori and Sable would wear provocative outfits to attract men in the clubs along the strip, which was a hub for big names in the music world. David Bowie, Mick Jagger, Iggy Pop, Jimmy Page, Randy California, and other rock stars in the entertainment business often frequented the strip.

Maddox and Starr would regularly hang out at the E Club, which catered to the glam rock movement of the 1970s. Here, Lori Maddox saw David Bowie for the first time, during his Spiders from Mars tour. At the time, she had not yet turned 15. He already knew who she was from various sources.

Lori Maddox described David with beautiful red hair, missing brows, and skin as pale as ice. Apparently, she found the situation overwhelming and came up with an excuse for being in the club with someone else to avoid Bowie. Further down the road, who knew Maddox would eventually end up meeting him without fearing and becoming intimidated by his presence.

Lori Maddox alongside Sable Starr finally met David Bowie a few months later. It all started when Bowie saw her pictures in magazines and on posters, where Maddox wore appealing outfits and looked enticing. Bowie grew fond of her beauty and showed interest in her. When the band was in Los Angeles, David’s bodyguard Stuey ended up reaching out to her and they met up in person.

He invited both Lori Maddox and Sable Starr to dinner and later his hotel room in the Beverly Hilton. Starr was often possessive and selfish about her men and warned Maddox not to engage in any form of intimacy with Bowie. Maddox remembers Sable telling her, “If you touch David, I will kill you.”

However, Bowie invited Lori Maddox to the bathroom and got into the bathtub and requested for her to wash his back. Maddox remembers the incident and said that Bowie was wearing a beautiful red, orange, and yellow kimono. She confirmed the fact that Bowie later took her to the bedroom and took off her clothes to deflower her.

Maddox lost her virginity to Bowie, and he also went on to engage in sexual intercourse with Starr on the same night, which apparently Starr was bitter about. In an interview with the Thrillist, Lori Maddox said, “I saw David many times after that, for the next 10 years, and it was always great.”

After her meeting with David Bowie, Lori Maddox received a call from a man saying he was Jimmy Page. Page, the guitarist and founder of Led Zeppelin, came to know about Lori and decided to give her a phone call. They ended up having a great conversation on the phone and decided to meet up at some stage.

Referring back to the incident, Lori Maddox recalls the meeting as scary and unpredictable, almost feeling as if she was being kidnapped. One night, she was partying at the Rainbow when she was approached by Led Zeppelin’s manager, Peter Grant. She recalls, “He was like 700 pounds and scary as hell. He said, ‘You’re coming with me, young lady.'”

She ended up in a limo on the way to the Hyatt hotel where Page was staying. She was taken into a room where she remembers Page sitting on a chair like a god. Lori had mixed feelings about the whole situation. She was in the same room as one of the biggest rock stars in the world but also scared because he was nearly twice her age. After being mesmerized, Maddox ended up falling in love.

In an interview with The Guardian, she recalls her affair with Page as “the most beautiful pure love I thought I could ever feel. I’d only had sex once before in my whole life. I felt like I’d won the lottery.”

On the topic of being underage whilst with Page, she said “I never thought there was anything wrong with it, but maybe there was. I used to get letters telling me he was a pedophile, but I’d never think of him like that. He never abused me, ever.”

Their relationship became so serious that Jimmy even asked Lori’s mom for permission to be with her, despite the complex circumstances.

There have been various allegations made against Lori Maddox about her having physical intimacy with Bowie while she was in a relationship with Jimmy Page, but none of it factual. The night she lost her virginity to Bowie, she was rumored according to sources to have already been in a relationship with Page.

There are also claims about the validity of Lori’s interaction with Bowie. With sources pointing out that there are a lot of photographs of Lori Maddox and Jimmy Page together, but there are none of her and Bowie.

The couple would often travel separately to avoid being questioned by the media and the public. Lori Maddox was always accompanied by members of Page’s team during the traveling and concerts, but she and Page had to avoid being seen together by the public. Maddox was kept in hotel rooms waiting for Page while he performed, often only meeting in his hotel after Led Zeppelin performed.

She recalled her relationship with Jimmy as reserved and uncommunicative, mainly just waiting around for him. Lori Maddox didn’t have a proper high school experience either as she was always on the road, even ditching her high school prom for the bright lights of Hollywood.

Maddox ended her relationship with Jimmy Page after she found him sleeping with Bebe Buell, soon to be groupie and lover of Steven Tyler and mother to his oldest daughter Liv Tyler.

She remembers the night, “I knew I would be staying with Jimmy and told my friend Bebe Buell that she could have the room next door. I didn’t know she would steal my man, I had a key to Jimmy’s suite, walked in, and saw them in bed together, I looked at him and said, ‘What did you do to me?’ I never trusted him again. He was like a god to me and instantly destroyed this whole image I had of him.”

Jimmy ended up dating Bebe Buell, and they established an exclusive relationship after his relationship with Maddox finished.

Although her relationship with Page was over, Lori Maddox was ingrained in Zeppelin folklore after being mentioned in their 1975 song “Sick Again.” The lyrics of the song are, “One day you’re gonna reach sixteen, painted lady in the city of lies.”

After her fairy tale relationships with Bowie and Page ended, she continued living the lifestyle she so constantly desired.

Before she had even turned 18, she remembers drinking her life away with Led Zeppelin drummer John Bonham and taking various substances with the notorious Iggy Pop. Apparently, she also ended up having sex in a bathroom with Mick Jagger. As well as finding herself in the middle of a bar fight with John Lennon and Paul McCartney.

Lori Maddox, just like most of the notorious groupies, lives with little or no regret. She said herself, “I got to hang out with some of the most amazing, most beautiful, most charismatic men in the world. I went to concerts in limos with police escorts. Am I going to regret this? No.”

In 2015, Lori Maddox gained quite the attention after an interview where she made all the claims that she was involved in sexual relationships with musicians such as David Bowie, Mick Jagger, and Jimmy Page while she was still underage. This sparked the interest of the Me Too Movement, her life story as a teenager becoming a focal discussion point.

After her interview, the movement began to shift its attention more towards the music industry instead of the film industry. This is mainly because the music industry had various instances of pedophilia, especially during the 1970s, where it wasn’t seen as a big deal for these older musicians to sleep with underage girls because of their name and stature.

The topic focused on various depths of social issues involving women and how younger girls should be aware of social issues such as pedophilia. Although Lori Maddox admitted to enjoying her relationships with these men and didn’t think about it as being wrong or exploitative, she has since changed her tune.

In The Guardian interview, although still claiming she had a great time, she does say “I don’t think underage girls should sleep with guys,” she says. “I wouldn’t want this for anybody’s daughter. My perspective is changing as I get older and more cynical.”

With modernization and emphasis on social issues from past society, we are able to assess and correct derogatory actions that were normalized previously with a fresh perspective. The 1970s portrayed a society where powerful men were able to exploit underage girls and wouldn’t be questioned for their actions. Although it sadly still occurs in the music industry today, it is more understood and widely not tolerated.

Aside from having a wild teenage life, Lori Maddox now enjoys a married life and a son. She works as a manager in a Glam Boutique on Melrose Ave in West Hollywood and is having a successful career in doing what she loves. Lori has crossed the groupie part of her life with no regrets, but in recent has had a change of perspective.

When Jimmy Page was last in town, Lori Maddox met up with him. She recalls, “He said to me, ‘Lori, we were both children back then.’ I felt like telling him, ‘At least one of us was.’