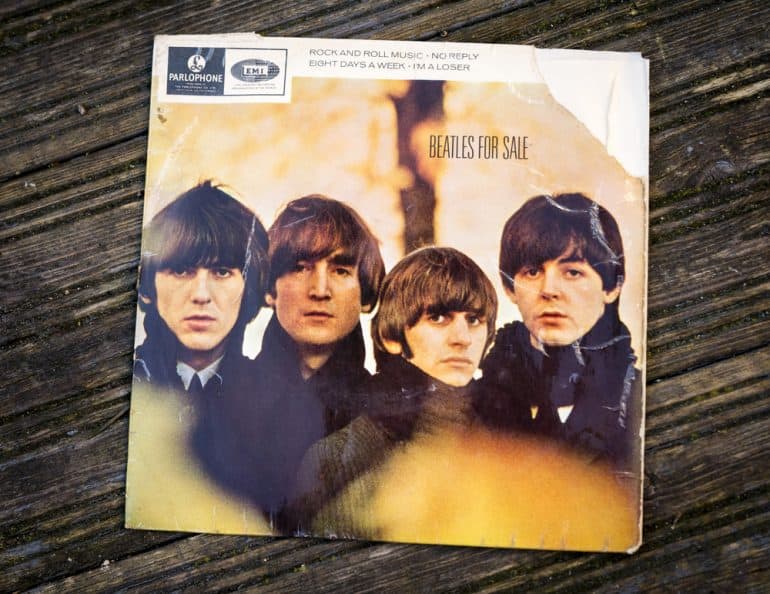 We were all on this ship in the sixties, our generation a ship going to discover the New World. And The Beatles were in the crow’s nest

Bands come and go, and few can lay claim to being truly immortal and leaving a legacy that generation after generation has poured over and obsessed about.

Truth be told, apart from Elvis who has sold more records than any other band or artist in history (the King has a billion sales and climbing to his name), the only act who even comes close to toppling Tupelo’s favorite son from his throne, are The Beatles.

The endearing, and enduring Scouse scamps barely managed to hang around for a decade before they imploded under the weight of their global success.

The Beatles were a worldwide phenomenon that has never been, and will never be, repeated and were in the right place, at the right time with the right songs, and that trifecta of perfect timing and songwriting made them unique.

But was their lightning-quick rise to the top of the slippery ladder of rock and roll success entirely due to their, admittedly, incredible musical talent, or was there another secret, a special ingredient that helped them to maintain their position at the summit of rock and roll’s pantheon?

Granted, they were a charismatic quartet who could turn on the charm in the blink of an eye and win anyone over to their way of thinking with their eternally cheeky grins, but surely that wasn’t all there was to their enduring mythology?

There was, and is another secret weapon in the Beatles canon, and that secret weapon was the artwork and imagery that adorned their record sleeves.

John Lennon, the band’s prime agitator was, in the days before he became a universally famous musician, an art student who studied and discovered the power of imagery while he was in college, and who would later make sure that it was used to help sell his bands records to their millions of fans around the world.

With that in mind, and having previously bought albums based solely on their covers, we thought that maybe we should follow Lennon’s lead, we’ve put together our list of the top ten Beatles album covers based purely on the imagery and the way the cover captures the content of the album in a single picture.

And as soon as you’re ready, we’ll start the countdown…

Every story has a beginning and the Beatles tale of rock and roll superstardom starts with their debut album, Please Please Me. From the moment that they hit the Cavern stage, the Beatles learned what every young band eventually does, that sex sells.

And for their first album, they kept it simple, a single image with all four of them in the frame, smiling and looking like they didn’t have a care in the world. All that the four cheeky chaps in the photo want you to do is listen to their record, and all that you want to do after seeing that photo is smile back and say, “Why yes, I’d love to hear your band”

One of the eternal truisms of,  and rites of passage associated with being a teenager, no matter where you are in the world is having your photo snapped in a booth.

The collage of snapshots used on the cover of A Hard Day’s Night captures the energy and urgency of the songs on the record and the film that it was a companion piece to.

A four-letter word spelled out in semaphore by all four members of the band. It’s simple, straightforward and once you’ve seen the image, it is almost impossible to forget. Just like the songs on the album. As soon as you hear them once, they lodge themselves in your subconscious and you’ll never, ever forget them.

“Help, I need somebody, Help, Not just anybody…”

And the stretched image? That was a happy accident that the band was eager to capitalize on when photographer Robert Freeman showed it to them…

The combination of stark black and white line drawing and collage that the band’s friend and artist Klaus Voorman used to create the cover for Revolver is supposed to be slightly off-putting and mysterious.

As the artwork suggests, this record heralds the beginning of their psychedelic period, and ushers in a whole new chapter in the band’s musical evolution.

Another simple, straightforward image that was used to convey the cartoonish quality and childlike vibe of the title song, however, it was really an illusory metaphor for the trappings of fame and fortunes – and the devastating power of capitalism that enslaves anyone caught in its grasp.

At least that’s what John said the song was about…

Nope, we don’t know what the band was trying to tell us with this image either, but it is mysterious, slightly magical, and has a weird ethereal quality that draws you toward it.

The last Beatles album, Let It Be is a happy-go-lucky postcard-style snap of the band just enjoying what they do one last time before they say goodbye. It’s fitting, poignant and just feels like they’re asking you to join them for one final hurrah before they lock the Beatles and everything that the band was away for good.

It’s an easy image to lose yourself in, and quite possibly the most honest picture of the band that has ever been published.

The most contentious Beatles cover, Abbey Road has been the subject of wild fan conjecture and countless attempts to replicate it since the record was first issued.

Why is Ringo dressed in black and John in white? Why isn’t Paul wearing shoes? It’s a strange, uncomfortable image, and the further down the rabbit hole you go, the weirder the theories about it get…

What does it mean? What does it signify? And why is there a wreath in the foreground? We don’t know either, we just love the image and the record and think that it’s not only the best Beatles album cover in history but one of the greatest album covers ever produced…

There we have it – our list of the Top Ten Best Beatles album covers. Do you think we got it wrong? Or did we get it right? Drop us a line and let us know what your Top Ten is…

While we’re on the topic, the excellent Nerdwriter does a fantastic job in the video below breaking down the importance and contribution of The Beatles Album Covers to the musical experience!