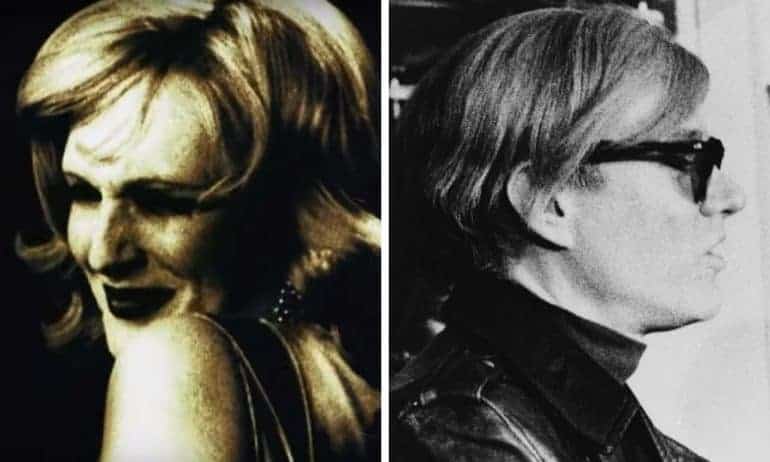 Ever wondered who Candy was in Lou Reed’s “Walk On The Wild Side”? Well, that’s Candy Darling.

“I am a star because I have always felt so alienated, and I project this feeling to others.”

These words capture the very essence of who Candy Darling was, and space she created for herself in pop culture history. She was unique, uncompromising, fearless, and unapologetically herself.

Indeed she was a star, having acted with the likes of Jane Fonda and Sophia Loren. She stood out as one of the prominent muses of Andy Warhol. The Velvet Underground’s “Candy Says” was written for her and sung by the iconic Doug Yule. Lou Reed wrote a whole verse for her in his 1972 hit “Walk On The Wild Side.”

“Candy came from out on the island,
In the backroom she was everybody’s darling,
But she never lost her head
Even when she was giving head.” – Lou Reed

Sadly, she was alienated and misunderstood by a society and culture that was not ready for her. In a way, she was born ahead of her time, isolated by a culture that could not comprehend the complexity of gender issues. She ‘projected this feeling’ in every word she spoke and everything she did, her expressions were alive and real. This was Candy Darling.

Born on November 24, 1944, as James Lawrence Slattery, in Queens, New York, she was destined to face adversity from an early age. She was the quintessential manifestation of how a person feels ‘trapped’ in another body. She always knew she was a woman, even though she was biologically born a boy.

But not just any woman. Candy Darling, as she would later be known, knew she was going to be a star. Her passion for Hollywood and show business was visible from a young age. She would consume and absorb the glorious life of show business that she saw on television.

For her, it was not just entertainment, it was what she was born to do. Growing up watching the movies of Kim Novak and Joan Bennett, she quickly learned what a ‘star’ was supposed to be like. However, her physical predicament would continue to pose obstacles along the way. In fact, it would prove not to be just her biggest challenge, but also the cause of her ultimate demise.

Candy was bullied continuously and picked-on in school because of her ‘different’ orientation. It was a time when sexual orientations were still dictated according to conventional customs. Anything that did not conform to the norm was seen as a disease or affliction. It was hugely different compared to the progressive diversity we enjoy in today’s society.

The term ‘Transgender’ only came around in the mid-60s. Even then, it took some years for the term and the orientation to properly gain traction. In the late 50s and early 60s, her ‘condition’ would be called a ‘disease.’ People were known to be imprisoned or forcefully ‘treated’ by medication that would later be discredited.

Unfortunately for Candy Darling, this was the era she was born in, and the world she had to grow up in.

She would later reveal her true self when confronted by her mother. Her mother, Theresa Slattery, had asked her about certain rumors. Candy’s ‘discreet’ trips to a gay bar in the local area had reached her mother’s ears. But they had given her an outlet through which to express herself, cementing the urge to show who she really was.

On being confronted, Candy went to her room and returned in all her glorious femininity. Her mother later revealed that this was the moment she knew there was no stopping her.

After this incident, Candy began frequenting Greenwich Village in Manhattan. This was a time when Greenwich Village was slowly earning its reputation for being a center for the counterculture movement of the 1960s. ‘The village,’ as it would later be known, was bubbling with diverse lifestyles and progressive art.

It was a hub of radical practices and elements that would not be accepted elsewhere in the country. It was here that she met Jeremiah Newton, who would become a lifelong friend. In ‘the village’ was where she found a place for herself — a space where she could explore, express, and achieve stardom.

What’s in a Name?

James, as she was known until now, would begin her transformation in the trendy joints of Greenwich Village, Manhattan. It was here that she first assumed the name ‘Hope Slattery.’ This was in the early 60s when she also started seeking medical solutions to aid her transformation. These medical alternatives were, at the time, based on poorly researched and exploitative measures.

‘Hope Slattery’ evolved into a more discreet ‘Hope Dahl.’ She then assumed the name ‘Candy Dahl,’ supposedly because of her love for candies, according to Jeremiah Newton. A friend of hers who would always call her, ‘Darling,’ made its way into her heart. It was from this experience that she would assume her last name.

Thus was born, Candy Darling. She was not merely a ‘drag-queen,’ a term typically used for trans women in the entertainment industry. For her, it was not about just dressing up and playing a role. For Candy, it was a way of life. A life that she had dreamed of ever since she could remember. She had unknowingly prepared herself her whole life.

In the after-hour clubs of Manhattan, Candy Darling encountered people who would influence her life in big and small ways. One such individual, who would almost make her dreams a reality, was the prolific Andy Warhol.

Candy Darling met Andy Warhol during one of her many ventures in the underworld of Manhattan. They met in 1967, in the Tenth of Always, a famous gay club that thrived in ‘the village.’

Andy Warhol’s The Factory was famous for experimental films and productions. The Factory was Warhol’s studio where all his eccentric, groundbreaking, and never-before-seen art would grow out of.

The studio itself was decorated with silver foils and mirrors which gave it an out-of-this-world ambiance. The ‘Silver Studio,’ as it was famously known, was where Candy Darling would encounter her shot at fame.

Warhol was immediately fascinated by Candy. Their artistic union was instant and overwhelming. At a time when ‘transgender’ wasn’t even used widely, Candy Darling had assumed a personality and character that was her own.

In one of her first appearances in Warhol’s film, Fifteen Minutes of Fame, Candy Darling has a conversation with Ultra Violet that perfectly sums up her attitude towards stardom. The discussion leads on to talk about how Warhol films can push you into Hollywood.

The conversation, although scripted, was a reflection of the reality of Warhol’s popularity and notoriety at the time. Warhol had become the undeclared king of ’60s counterculture in the United States. And whomever he filmed, became stars overnight.

For Candy Darling, it was the limelight she had longed for. From being a Kim Novak fan in her childhood to being a Warhol muse in her adulthood, she had arrived at her dream destination.

In 1968, Candy was cast as herself in Warhol’s new collaborative work Flesh. Directed by Paul Morrissey, Candy Darling got her debut feature opposite Joe Dallesandro. The film was about a hustler trying to make his way in the busy streets of 1960s New York. The film continues to feature in obscure lists that recount the greatest movies of all time.

Candy Darling played herself in the movie, as most of Warhol’s stars did at the time. As a transgender person, she stood out even more. This was perpetuated by the flawless manner in which she carried and presented herself. Candy was feminine to the core, and her stardom was inevitable.

Candy Darling went on to star in Women in Revolt, another one of Warhol’s productions that were directed by Paul Morrissey. Candy shared the spotlight with two other trans women who had come into Warhol’s Silver Studio, Jackie Curtis and Holly Woodlawn.

The movie was made in 1970-71 when the Women’s Liberation Movement was on the rise, gaining a broad audience of supporters as well as critics. Women in Revolt was made as a satirical piece towards the Women’s Movement at the time. Perhaps it was only appropriate that three of the most prominent trans women at the time should star in such a film.

Candy played a rich heiress in the movie. The lady she played was involved in an incestuous relationship with her brother. The character, in a way, reflected her conflicted personality in real life.

After gaining recognition in Warhol’s studio, Candy Darling moved on to other independent films that were quickly rising at the time. Some of these films included Brand X, Bloody Night, and Silent Night. However, none of these films received the kind of reception the producers had hoped for. She also appeared in a minor role alongside her friend Jane Fonda in Klute and made a small feature in Lady Liberty, starring Sophia Loren.

She also appeared alongside former Factory stars in various theatre productions. By the mid-70s however, these experimental theatre productions were being overrun by the big screen industry. As a result, her theatre career was short-lived.

One of her biggest passions was to catch a break in mainstream Hollywood. Her efforts to bag the lead role in Michael Sarne’s Myra Breckinridge led to failure, however. This had a disastrous effect on her. She began to spiral down into fits of depression and despair.

From the mid-60s, Candy Darling sought medication for her physical transformation. Along the way, she had started taking hormone injections meant to alter her physical constitution towards a more ‘female’ orientation.

Also, she had taken a variety of medicines that were supposed to help her body cope with the changes. Most of these medicines were from dubious sources and questionable research. Unfortunately for Candy, these were the few options she had at a time when trans women were looked down upon.

Candy developed Lymphoma, a form of blood cancer that drives the patient into extreme weight loss and fatigue. On March 21st, 1974, she passed away after battling the disease for some time.

One of her most well-known letters written on her death bed, reveals her final thoughts.

It was written to, among others, Andy Warhol, and her friends. The letter explained how she had grown tired and weary of life itself. ‘Bored to death’ as she put it. The tragic words capture the life of the struggle she lived. Candy Darling was only 29-years-old when she wrote these words.

Candy Darling’s life story is a reminder of the unfair challenges some people face. We are told that each individual is dealt a particular hand in life. For Candy, it was one of struggle and triumph, victory and defeat.

From the very beginning, Candy’s resolve to be herself was stronger than her naysayers. She had to build her life around a society that opposed her very being. It may have been luck that her paths crossed with Andy Warhol, but one thing is for sure, Candy Darling was unapologetically herself, and she did not deny herself for a single moment.