Michelle Phillips: Life in The Mamas & the Papas 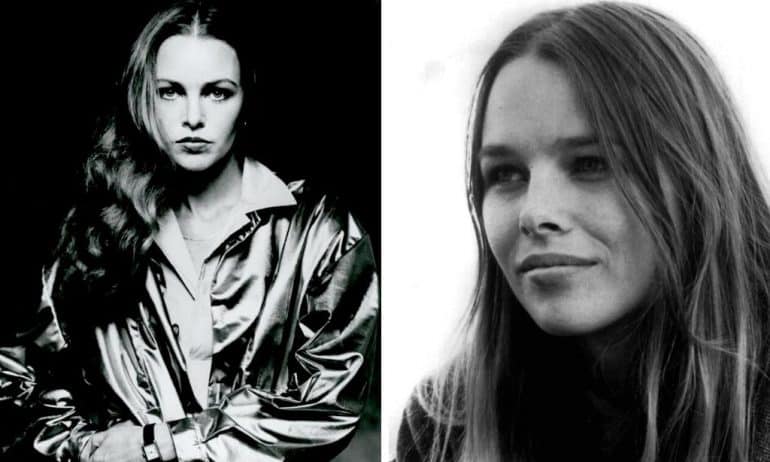 “California Dreamin'” is not only the signature song of the vocal group The Mamas & the Papas, but for Michelle Phillips, one of its writers, a manifestation of her life and musical career.

Who Is Michelle Phillips?

Born Holly Michelle Gilliam in June of 1944, Long Beach, California, Michelle’s family moved around a lot in her early years. Her mother died young, so she was raised by her father, who had to travel frequently for work.

Buffalo, NY, Pasadena, and Mexico City. Michelle’s childhood was nomadic and would set the template for the rest of her storied life. But by the time she was a teenager, the family had settled in Los Angeles.

As a high school student, she proved herself to be innately musical, learning the piano, guitar, and cello. She had also set her sights on show business, initially planning to be a model. She relocated to San Francisco and began to make a name for herself in a few successful billboard and print ad campaigns.

San Francisco at that time was a hub of the 1960s counter culture. Michelle soon found herself at the heart of an exciting new world. It was in July of 1961 that she happened to encounter a young musician named John Phillips.

At that time, John was touring California with his folk trio The Journeymen. The Journeymen had their origins in the folk scene of Greenwich Village, NY. But a lack of record company interest coupled with fractious relationships between the band members meant they were never going to be in it for the long haul.

The romance between John and Michelle began almost instantly, even though John had at this point been married for the better part of five years. Not only that, but he was also the father of two young children. In spite of everything, he opted to throw away the marriage he had built up and commence a tempestuous relationship with eighteen-year-old Michelle. The couple married on New Year’s Eve, 1962.

Soon after the wedding, they headed for New York City, which was in many ways John’s spiritual home. It was the scene of his most potent musical inspirations, after all. He and Michelle Phillips began writing songs together and performed for a while as “The New Journeymen.” Marshall Brickman played on banjo (Brickman would go on to win an Academy Award for co-writing Annie Hall with Woody Allen).

But when Brickman left the band and was replaced by Denny Doherty, the seeds were sown for bigger musical success than Michelle could have dreamt of. All it took was the addition of one last member, Cass Elliot, to turn the go-nowhere trio into a musical behemoth.

The Mamas & the Papas

It was around 1965 that they began performing together as The Mamas & the Papas and quickly rose to prominence. Their debut album, If You Can Believe Your Eyes and Ears, was a masterclass in psychedelic or “sunshine” pop. It featured their only number-one single, “Monday, Monday.”

It also featured “California Dreamin,'” which is rightly considered the band’s signature song. It’s lyrics so perfectly evoke the upbeat yet somehow melancholy summery harmonies of this extraordinary quartet.

The album came out in early 1966 and very swiftly became a major hit. The demand for a follow-up was immediate. But all was not well behind the scenes. Michelle Phillips had begun an affair with her bandmate Denny. The episode threatened to end their career before it had even properly begun.

However, John was willing to let bygones be bygones. He and Denny even wrote a song about the incident, “I Saw Her Again.” But while the band was in the midst of recording their second album, The Mamas and the Papas, Michelle began another affair, this time with Gene Clark of The Byrds. This proved to be the last straw for John. He took legal action to have his wife removed from the band.

Michelle was officially fired from The Mamas & the Papas in June of 1966, to be replaced by vocalist and producer’s girlfriend Jill Gibson. Though Jill proved to be a talented singer and popular with the rest of the band, it was deemed that she lacked Michelle’s personality and innate performing ability.

Therefore, Jill was hastily removed from the band once more and Michelle was reinstated in August of ’66. Vocals by both Michelle Phillips and Jill Gibson can be heard on the second Mamas & the Papas album. There was also considerable turmoil concerning both the cover and title of the album.

Because the original artwork for the album showed a photograph in which Michelle featured prominently, efforts were originally made to edit Jill Gibson into the picture over the top of her predecessor. This was quickly scrapped, and a new photograph was taken of the second line-up. The title was then changed to Crashon Screamon All Fall Down. However, when Michelle returned to the band, the original artwork and title were swiftly reinstated.

The Mamas and the Papas album proved to be another big seller, and the band embarked on a US tour in support of it. When that was out of the way, they settled back in LA once again and began work on their third album. Its title, Deliver, was a cheeky reference to Cass Elliot’s pregnancy which had become public knowledge just prior to the start of recording.

The album proved to be yet another hit for the band and reached the number two spot in the album charts. Two of its singles, “Dedicated to the One I Love” and “Creeque Alley,” co-written by Michelle Phillips, broke the top ten as well.

Michelle recalls the importance of Cass Elliot on her own self and the success of the group:

“You have to remember that Cass emancipated me. She thought John had way too much control over me, and to this day, I’ve yet to meet another woman as strong, funny and fiercely independent as Cass was. She was very generous vocally, too. John would give us these impossibly high parts to sing because he loved the sound of girls in the clouds. Cass would tell me, ‘Just go for it, Mich! You know I’m gonna make it – come and join me!'” (Independent).

The summer of ’67 saw John Phillips take a pivotal role in the organization of the now-legendary Monterey Pop Festival. The event was a big success and a key catalyst for the so-called “summer of love.” It was a three-day event in Monterey, California which brought many major artists to public attention in the US for the first time.

These included Jimi Hendrix, Janis Joplin, Otis Redding, The Who, and Ravi Shankar. The Mamas & the Papas closed the festival in style, ending their set with a cover of the Motown classic “Dancing in the Street.” Monterey proved to be a real game-changer in the world of popular music and laid out the template which was later adopted by the Woodstock festival.

That was June of 1967. Barely two months later, the band played what would be their final live performance at the Hollywood Bowl. They did, however, record a further album, The Papas & the Mamas, which was released in May of 1968.

Michelle Phillips had recently given birth to a daughter, Chynna Phillips, and her marriage to John was once again on the rocks. This is perhaps reflected in the album itself. The bulk of the original compositions are by John and are significantly more downbeat than the rest of the band’s output.

With the band on hiatus, the tensions between John and Michelle reached a boiling point. The couple finally divorced in May 1969. By that point, Cass Elliot had forged a successful solo career for herself. The likelihood of a Mamas & Papas reunion seemed slim.

However, this was not quite the end of the band. They recorded one more album together, People Like Us, which was released in November of 1971. But the motivation for this album was pragmatic rather than artistic. Had they not produced a fifth album, they would have been in breach of contract and subject to hefty fines. So this last album was less a labor of love and more a contractual obligation.

Interestingly, around this time Michelle Phillips underwent a drastic career change. She opted to abandon music altogether and transition to the world of acting. She began training from scratch and took to it almost as swiftly as she had taken to music.

Michelle had a number of successful feature film appearances in the early ’70s, including a role as Billie Frechette in Dillinger. It saw her nominated for a Golden Globe Award. She also appeared in The Last Movie alongside cinematic enfant terrible Dennis Hopper, to whom she was married for a grand total of eight days in 1970.

She remained a prominent A-list celebrity throughout the decade and for a while dated movie star Warren Beatty. But the lure of the music world proved too strong. Michelle Phillips was to have one last hurrah as a lead vocalist.

Victim of Romance, her only solo album, was released in February 1977. It was a labor of love for Michelle. She claimed to have been involved in every aspect of production, including the cover design. While the album was both a critical and commercial failure, it is significant historically as the last major musical achievement of a unique talent.

After that album, Michelle Phillips turned exclusively to acting. She carved out a successful second career with a starring role in Knots Landing, among various others. But it’s the music and her contributions to The Mamas & the Papas she’ll be remembered for…