A Young Jimmy Page Talks Being a Session Musician in 1963 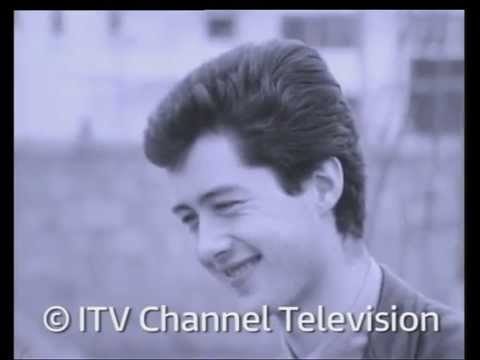 Five years ago, ITV Channel Television librarian Dawn stumbled upon this footage of a young Jimmy Page being interviewed whilst archiving a mountainous amount of 16mm film.

The footage is from an old Channel Islands program called Studio Wednesday, shot on the island of Guernsey. Apparently, the title on the film canister read “Children’s Art.” Who knew it would hold one of the earliest interviews with guitarist and eventual founder of rock ‘n’ roll band Led Zeppelin.

Unseen for over 50 years, this interview from June 1963 sees a young Jimmy Page at just 19 years old discuss being a session guitarist and his passion for art, which he hopes to one day finance through his guitar playing.

One of the most amusing parts is when the interviewer, Royston Ellis, asks “What’s it like working with all the big names in show business?”

In a cheeky manner with a grin on his face, the young Jimmy Page responds “disappointing.”

It’s interesting to watch how unimpressed Page is with the whole thing, especially his lack of interest in becoming a professional musician and creating his own records at the time.