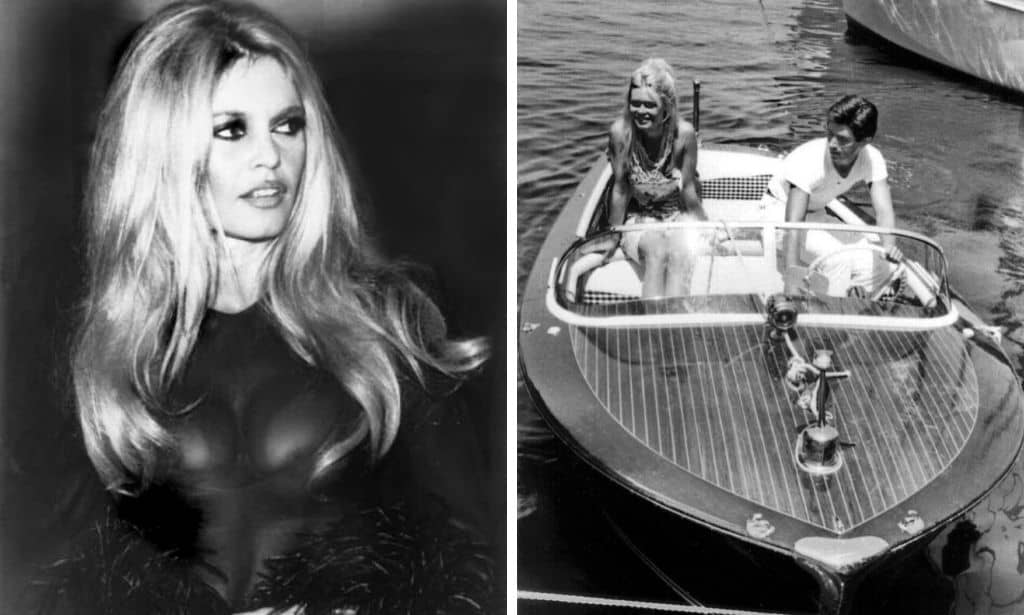 But it wasn’t just adolescent boys that idolized the French actress and sex symbol, a young Paul McCartney and John Lennon were apparently big admirers, with Lennon himself even having a giant poster of Brigitte Bardot nude pinned on the ceiling of his bedroom when he was young.

Bob Dylan was also a fan, going as far as dedicating his first-ever song to Bardot according to the liner notes in his debut album.

3. Brigitte Bardot nude in a provocative scene with Michel Subor from the 1961 film Please, Not Now! The film was directed by Brigitte’s ex-husband Roger Vadim.

6. Brigitte Bardot in her underwear in Spain during the filming of the 1958 film, The Night Heaven Fell.

8. Brigitte Bardot in Saint-Tropez during the summer of 1966. Recently marrying Gunter Sachs pictured below, life was good at La Madrague. She even decided to sing a song about it.

9. Brigitte Bardot relaxing on the beach in between filming for the 1971 film Rum Runners. She is pictured with her partner Patrick Gillies in Almeria, Spain (1970).

Even the beautiful Birkin was jealous over Bardot, she remembers. “I wanted to see every portion of her [Bardot’s] body to see if she was as beautiful as I thought she was, and she is. Checked from head to toe by me. There’s not one fault in the woman.”

Bardot has become more and more beautiful with age. She believes that “every age can be enchanting, provided you live within it.”

One of her most well-known lovers, Serge Gainsbourg, wrote the song “Initials BB” in 1968 after their breakup. He sings, “All the way to her thighs, she is booted, and it’s like a chalice to her beauty; she wears nothing other than some essence of Guerlain in her hair.”

Brigitte Bardot told Vogue Hommes International, “I was afraid of not living up to what people expected me to be. Today, at my age, I don’t give a damn. I no longer want to seduce, not anything, not anyone.”